The Roots And Fifth Harmony To Perform At Nickelodeon HALO Awards 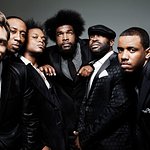 Jam-packed with one-of-a-kind performances, the hour-long special celebrates five kids who are “Helping and Leading Others” (HALO) in their communities. The concert will be capped by a must-see, all-star finale led by The Roots.

Creator and executive producer Nick Cannon will host the festivities from New York’s Pier 36 and the event will air across Nick networks (Nickelodeon, TeenNick, Nicktoons), in addition to streaming live for the first time ever on Nick.com, the Nick App and Nick Radio.

This year’s five Nickelodeon HALO Awards honorees are:
• Lulu Cerone, 15, Los Angeles, Calif. ‐ Through her organization LemonAID Warriors, Lulu Cerone brainstorms, plans events and coordinates “PhilanthroParties,” which mix charity work with regular kids’ festivities using easy-to-follow toolkits. Following her own model, Cerone raised over $58,000 for water projects in Africa, $33,000 for local organizations, and has personally helped plan nearly 200 Philanthro-Parties across the U.S.
• Yash Gupta, 18, Irvine, Calif. – After an accident left him without his eyeglasses for a week, Yash Gupta was inspired to start Sight Learning, an organization that collects and donates used eyeglasses, sets up eye exams, and gives the gift of sight to students around the world. Since 2010, Sight Learning has donated over 21,000 pairs of glasses to students in need across 14 states in the U.S. and in four countries.
• Cassandra Lin, 16, Westerly, R.I. ‐ Cassandra Lin is the founder of Turn Grease into Fuel (TGIF), a sustainable program that collects waste cooking oil, from local residents and restaurants, then converts it into biodiesel fuel. The fuel is used to heat the homes of families in need. With 145 participating restaurants and businesses in 22 towns and 20 public receptacles throughout three states, TGIF has collected over 170,000 gallons of waste cooking oil and helped heat the homes of over 290 families to date.
• Nicholas Lowinger, 16, Cranston, R.I. ‐ Gotta Have Sole – After an enlightening visit to a local homeless shelter, Nicholas Lowinger started Gotta Have Sole in 2010 to provide brand-new footwear to underprivileged children across the United States. To date, the organization works with shelters in 35 states and has provided brand-new shoes to over 21,500 underprivileged kids, giving them the confidence and means to go to school, socialize, succeed and live healthier, happier lives.
• Alanna Wall, 14, Dayton, Ohio – Striving to brighten the lives of young girls, Alanna Wall created Polished Girlz, an organization that brings trendy nail art parties to those with special needs and frequent hospitalizations. Since its inception in 2011, over 800 volunteers are currently painting girls’ nails in over 25 national chapters in North America.

Nick.com/halo and the Nick App are the official digital destinations for all things HALO. Kids will be able to learn all about the HALO Awards, relive the best performances from last year’s show, watch videos featuring Nick Cannon and all of this year’s musical acts, flip through photo galleries featuring kids who have HALO’d, find out which celebs will have a front row seat to this year’s concert event, and score some exclusive sneak peeks before the show. On Nov. 30, kids can watch the concert special unfold through a live photo stream featuring images of their favorite Nick Stars, Nick Cannon, Meghan Trainor and more. Plus, for the first time ever, Nick.com and the Nick App will feature a live video stream of the HALO Awards so kids can watch the show anywhere.

Currently in its sixth year, Nickelodeon HALO Awards is an annual awards show that recognizes real-life kids that are doing extraordinary things in their communities and “Helping and Leading Others” (HALO). In addition to being awarded a grant for their organization and scholarship funds, each HALO Award honoree is given an once-in-a-lifetime opportunity to meet and connect with celebrities that share their same passion for service.

Nickelodeon, now in its 35th year, is the number-one entertainment brand for kids. It has built a diverse, global business by putting kids first in everything it does. The company includes television programming and production in the United States and around the world, plus consumer products, online, recreation, books and feature films. Nickelodeon’s U.S. television network is seen in almost 100 million households and has been the number-one-rated basic cable network for 19 consecutive years.