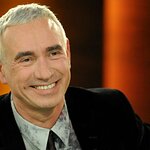 GLAAD, the nation’s lesbian, gay, bisexual and transgender (LGBT) media advocacy organization, has announced it will honor writer, producer, director, and philanthropist Roland Emmerich at the 26th Annual GLAAD Media Awards in Los Angeles at the Beverly Hilton on March 21, 2015.

Channing Tatum will present the Stephen F. Kolzak Award to Emmerich. Tatum starred in the Emmerich film White House Down and will next be seen starring in Magic Mike XXL, The Hateful Eight and Hail, Cesar.

Emmerich will receive GLAAD’s Stephen F. Kolzak Award, which is presented to an openly LGBT media professional who has made a significant difference in promoting equality. The award is named after a successful casting director, who devoted the last part of his life to raising awareness in the entertainment industry about the discrimination faced by LGBT and HIV-positive people. Previous Stephen F. Kolzak honorees include Laverne Cox, Wanda Sykes, Rufus Wainwright, Melissa Etheridge, Bill Condon, Todd Haynes, Alan Ball, Ellen DeGeneres, and Sir Ian McKellen.

Roland Emmerich is one of the world’s most talented and sought-after directors. His films include the blockbusters 2012, Day After Tomorrow, Stargate, Independence Day, The Patriot, and White House Down. Emmerich has recently completed filming Stonewall, a drama about the 1969 Stonewall Riots in New York City, a major turning point in the struggle for LGBT equality.

In addition to his work in film and television, Emmerich has significantly contributed to several non-profit organizations, including but not limited to, Outfest’s Legacy Project, dedicated to preserving LGBT film history; The Los Angeles LGBT Center; Freedom to Marry; and the Cambodian Children’s Fund.

“As one of Hollywood’s most sought-after film directors, Roland Emmerich has entertained audiences across the globe. His generosity has touched the lives of countless LGBT people, bringing shelter to homeless youth and preserving culture-changing stories that help close the gap to full acceptance,” said GLAAD President & CEO Sarah Kate Ellis. “Now, with the upcoming release of ‘Stonewall,’ millions of moviegoers all across the world will see the harms of anti-LGBT discrimination and learn about the historic riots that forever changed equality in America.”

Additional special guests and honorees for the Los Angeles will be announced.

In January, GLAAD announced 104 nominees in 21 English-language categories, and 40 Spanish-language nominees in 10 categories. Nominees for the 26th Annual GLAAD Media Awards can be found here: www.glaad.org/mediaawards/nominees.

The New York GLAAD Media Awards ceremony will take place on May 9 at the Waldorf Astoria New York.