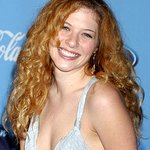 Two days after President Obama's historic veto of the Keystone XL pipeline, celebrities from the US and Canada have come together to release a video asking the president to do the obvious right thing: reject the dirty, dangerous tar sands pipeline once and for all.

The celebrities cite alarming facts about the mining, production, and burning of tar sands crude, as well as current and potential threats the operation poses to human health, the environment, wildlife, and our fragile climate.

Despite several attempts by the majority in Congress to force the administration’s hand, the decision to approve or reject the pipeline rests solely with President Obama and his administration. The president has frequently stated that the pipeline cannot be in the national interest if it contributes significantly to climate change, and the president’s veto clears the way to make this determination. The video calls on President Obama to reject Keystone XL once and for all.

The video was a production of Appeal To Reason / Hogan Millar Media / Spectral Q for the Sierra Club and the Environmental Media Association.