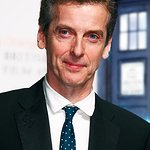 Sci-Fi fans listen up – this one’s for you!

To include the support of fans who aren’t able to make it to the New Children’s Museum for this year’s Nerd HQ, The Nerd Machine invites you to join them in supporting children’s charity Operation Smile by bidding on select memorabilia and one-of-a-kind pieces that will earn you serious bragging rights with friends, while simultaneously providing life-changing surgery for children around the world.

Among the items going under the hammer are a Dr Who Lego TARDIS signed by Peter Capaldi, Jenna Coleman and Steven Moffat, shirts signed by Zachary Levi, Nathan Fillion and Yvonne Strahovski, items signed by Joss Whedon and Supernatural stars Jensen Ackles and Jared Padalecki, and a Playstation 4 signed by NerdHQ panelists including Seth Green, Dennis Haysbert, Tricia Helfer, William Shatner, M. Night Shyamalan, Christian Slater, and many many more.

Operation Smile, headquartered in Virginia Beach, Virginia, is an international medical charity with a presence in more than 60 countries, whose global network of thousands of credentialed medical volunteers from more than 80 countries is dedicated to helping improve the health and lives of children. Since its founding in 1982, Operation Smile has provided more than 220,000 free surgical procedures for children and young adults born with cleft lip, cleft palate and other facial deformities. To build long-term sufficiency in resource poor environments, Operation Smile trains doctors and local medical professionals in its partner countries so they are empowered to treat their local communities. Operation Smile also donates medical equipment, supplies and provides year-round medical treatment through its worldwide centers.

This auction ends in the next few hours – be quick and beat the Reavers by clicking here. Shiny!