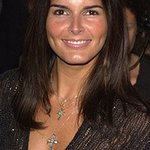 Co-hosted by Glamour, the event will recognize the remarkable efforts of Angie Harmon, AnnaLynne McCord, and Grace Gealey, as well as their charity partners, for their commitment to raising awareness and providing resources and education to victims of crime and social injustices. Launched in April 2013, INSPIRE A DIFFERENCE is ID’s national public affairs campaign designed to inform a dialogue around such topics as violence against women, domestic abuse, bullying, and the suppression of civil rights, while also inspiring viewers to take action and make a difference in the lives of others.

Harmon, McCord, and Gealey will be honored at the third annual INSPIRE A DIFFERENCE awards ceremony in New York City on Thursday, October 22. The October issue of Glamour, on national newsstands today, highlights the three women’s incredible work:

• ANGIE HARMON (UNICEF): Harmon was appointed UNICEF Ambassador in 2013, and has committed her support to the U.S. Fund for UNICEF’s End Trafficking initiative to raise awareness about the issue and mobilize Americans to take action and protect children from violence, exploitation and abuse. UNICEF works in more than 190 countries and territories to put children first by providing health care, clean water, nutrition, education, child protection, emergency relief and more.
• ANNALYNNE MCCORD (The New Somaly Mam Fund: Voices for Change): As a sexual assault survivor, McCord works as a spokesperson and ambassador for NSMF in the fight to end human trafficking. The New Somaly Mam Fund: Voices for Change is an organization whose mission is to eradicate human trafficking, sexual exploitation, and modern-day slavery, and to empower survivors.
• GRACE GEALEY (Saving Our Daughters): Gealey serves as one of the first philanthropist ambassadors for the “Saving Our Cinderellas” on Broadway program and is a “Celebrity Godparent” mentor for the program across the country. The Saving Our Daughters charity works with teenage girls to empower them with the tools to overcome many obstacles, such as bullying and dating abuse.

“ID takes great pride in its commitment to public service and has always understood the power of the medium – and, the potential for good – that a television network like ours can actually have in our society,” said Henry Schleiff, Group President, Investigation Discovery, American Heroes Channel and Destination America. “We are both delighted that Glamour passionately shares our mission, as well as humbled by our three celebrity honorees, who inspire us all to make a difference in the lives of others.”

In addition to the celebrity honorees, ID and Glamour will celebrate the work of an “everyday” hero for making a difference in her community. One winner will be selected from hundreds of nominees who entered a national call-to-action. Last year’s winner, Kristen Paruginog, founded Break the Silence Against Domestic Violence, a social media initiative (#WeWillNotAbuse) and online resource platform that provides support to victims and survivors of violence. At this year’s honors event, Paruginog will pass the torch to the new “everyday” hero whose chosen charity will receive a $5,000 grant from ID.

The multiplatform INSPIRE A DIFFERENCE public affairs campaign employs all of ID’s promotional assets, including on-air, digital, and social resources, and local and national events. On Monday, October 26, ID will bolster its commitment to INSPIRE A DIFFERENCE by dedicating an entire day of ID’s favorite series and specials that address these social injustices, culminating with the primetime world premiere of BEHIND CLOSED DOORS: SHOCKING SECRETS. Hosted by Emmy Emmy-winning journalist, documentary filmmaker, and Al Jazeera America anchor Tony Harris, BEHIND CLOSED DOORS is a timely special report on the state of domestic violence in the U.S.

Throughout the day ID talent will chat live about ways the online community can take action and “Inspire A Difference” through a twitter chat @DiscoveryID (#InspireADifference). ID will also air INSPIRE A DIFFERENCE PSAs featuring Paula Zahn, Tamron Hall, Charisma Carpenter, Michelle Ward, and Alicia Kozakiewicz, in an effort to motivate viewers to take action with the support of leading national nonprofit partners such as No More, Safe Horizon, HELP USA, One Love Foundation, the National Center for Victims of Crime (NCVC), the National Network to End Domestic Violence (NNEDV), The National Domestic Violence Hotline, and the Alicia Project.