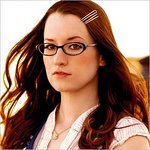 Some of entertainment’s biggest names joined political leaders and activists at the Brady Bear Awards in New York City last Thursday, November 19, to say they’d had #ENOUGH of the destructive gun violence that takes 89 American lives each day.

The Brady Center “Bear Awards” honor the efforts of individuals who have distinguished themselves in their dedication to Sarah and Jim Brady’s vision of a nation without gun violence and who embody their remarkable spirit, strength and perseverance, to the extent that anyone else can!