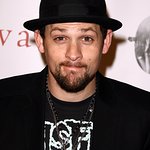 “I see 25,000 fans in stadiums we play to regularly,” said Madden, who fronts the rock band Good Charlotte and was named a UNICEF Ambassador this summer. “I can visualize that number, and it gives me chills to think that many children under five die every day from preventable causes. One major way we can tackle this and help reduce that number to zero is by making sure schools and communities get better access to safe water and sanitation facilities.”

Madden visited CAR – which is bordered by Chad and Sudan – with his brother and fellow band member Benji Madden.

Outside the capital city of Bangui, in the village of Sam Ouanda, the pair met with the families of 47 children who had succumbed to water-related illnesses. The village borders the Darfur region of Sudan and has been attacked by rebels twice in the past year.
In addition to diarrhea cause by intestinal parasites found in dirty water, young children and their families who do not have bed nets are susceptible to malaria carried by mosquito vectors bred in stagnant pools of water.

“Without access every day to clean water, sustainable development is impossible,” said UNICEF Representative in CAR Mahimbo Mdoe. “We are facing a huge infrastructure deficit and we are struggling to get more and more support.”

Madden’s trip comes at a timely moment, highlighting the situation of an overlooked country with some of the worst health indicators for children in sub-Saharan Africa. The mortality rate for young children in CAR is 175 per 1,000, meaning that nearly one in five children does not live to see his or her fifth birthday. The lifetime risk of death for women who become mothers is 1 in 25, and an HIV prevalence rate of 6 per cent continues to wreak havoc among populations made vulnerable by chronic poverty and ongoing conflict.

Though Madden is a veteran activist on behalf of children, this was his first mission as a UNICEF Ambassador. Along with Nicole Richie, he recently founded the Richie Madden Children's Foundation to raise awareness about issues facing children around the world and to inspire the public – especially young people – to get involved.

Madden will also serve as the 2009 national spokesman for UNICEF’s clean-water campaign, the Tap Project. Now in its third year, this grassroots US-based initiative aims to provide safe water to children worldwide by inviting patrons to donate $1 for the tap water they normally get for free at participating restaurants.

“Around the world, in places just like CAR, nearly 900 million people don’t have access to safe water – but it’s the kids, like the ones I met on this trip, who are the first to get sick and die from dirty water,” he said. “The good news is that we can stop this now. I believe in zero. We can reduce that 25,000 to zero.”