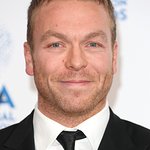 UNICEF UK ambassadors and supporters – including Sir Chris Hoy, Andy Murray, Sir Roger Moore, Ewan McGregor and Emma Bunton – are calling on the UK Government to do more to reunite unaccompanied refugee children in Europe with their families in the UK.

Last week, 16-year-old Bilal joined forces with Unicef UK and Citizens UK to call on the Home Office to redouble efforts to help lone children, many of whom are stranded, following months in dangerous camps across Europe. Many of these refugee children have a legal right to be reunited with families who are waiting for them in the UK.

Andy Murray, British Tennis Number One and Unicef UK Ambassador said: “Last year I supported Unicef UK’s work with refugee children just like Bilal through my ’Andy’s Aces’ appeal, and having heard Bilal’s story of being reunited with his brother I’m really happy to add my name to this appeal. For these children the chance to be reunited with their family in the UK could be life-changing and make sure they’re kept safe from violence, exploitation and abuse.”

Six-time Olympic Champion and Unicef UK Ambassador Sir Chris Hoy said: “Having heard Bilal’s heartbreaking story of his journey from Syria, and his struggle to be reunited with his brother, I hope that the public will join me in backing his campaign. There are unaccompanied refugee children in Europe risking their lives to reach relatives in the UK despite having the legal right to be brought here safely. The Government must do more to reunite these children with their family here in the UK.”

Unicef Goodwill Ambassador Sir Roger Moore said: "As a Unicef Goodwill Ambassador I’m very proud to be supporting Bilal’s powerful call to the home secretary and hope the UK public will add their voices to the campaign. We have a responsibility to do all we can for these children, and the sooner we can reunite them with their loved ones the better.

Bilal, from Daraa in southern Syria, said: “I left Syria when I was 14 to be with my brother in London. When I made it to France, I had to wait in the Calais Jungle for seven months and it was a living hell. I saw people die trying to escape. I saw people beaten to death in the camp. I made friends there and I lost friends there. I want people like me, who have family in the UK, to come here and be safe. It is taking too long and too many children are suffering. I’m so pleased to have the support of Unicef UK and Citizens UK, and to see so many people who want to help. Together, we’re asking Theresa May to help other refugee children who are alone and speed up the process to reunite them with their families in the UK.”

Bilal was finally reunited with his older brother in the UK at the end of March, after travelling for more than a year from Syria. As the conflict in his homeland intensified, Bilal was forced to flee his home without his parents, who had to stay in Syria to care for his elderly grandparents.

After crossing the Mediterranean from Turkey to Greece, Bilal eventually made it to Calais, but he spent seven months in the so-called Jungle before he was able to be reunited with his brother in the UK. He leaves behind him hundreds of other children who are still waiting.

Unicef UK is calling on the UK Government to take urgent action to reunite refugee children like Bilal with their families in the UK, by speeding up existing family reunion procedures, and widening existing laws to allow children to be reunited with extended family. If the Home Office had 10 more officials working to reunite families, all of the 157 children stuck in Calais could be living safely with their families in the UK in time to start school in September.

Unicef UK Deputy Executive Director Lily Caprani said: "The Government has said that unaccompanied children should be brought to the UK if they have family here, yet these children’s cases are moving far too slowly. It’s time for the Government to turn its promise into a reality now, and get these children to their families.

“The children in Calais are the nearest and most visible cases of children who are fleeing conflict and making dangerous journeys in search of safety, yet have a legal right to live in safety with their families in the UK. I’ve just been to meet them in Calais and have seen the terrible conditions they are living in. By taking immediate action for these children, the Government can take a crucial first step to show it is serious about its recent commitments to refugee children.”