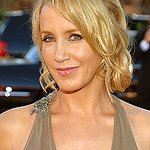 More than 400 volunteers are expected to help build three new homes and revitalize homes in the surrounding neighborhood at Habitat For Humanity of Greater Los Angeles’ (Habitat LA) 2016 Hollywood Build on June 3-4 in Inglewood, Calif.

This two-day build, presented by Lowe’s, will consist of the Entertainment Industry Build on Friday and the 12th annual Power Women, Power Tools on Saturday.

Volunteers over the two days will include celebrities, entertainment industry executives, Lowe’s Heroes employee volunteers, government officials and individuals from corporations, faith-based organizations, and community groups. The 2016 Hollywood Build will demonstrate Habitat LA’s commitment to investing $100 million into affordable homeownership opportunities and neighborhood revitalization in Los Angeles over the next five years as part of its Building a Greater Los Angeles campaign.

“The 2016 Hollywood Build is a hands-on opportunity to participate in Habitat LA’s transformational work in LA from new construction to home repair and community beautification projects,” says Erin Rank, Habitat LA President and CEO. “It is beyond exciting to have so many volunteers join us in Building a Greater Los Angeles to help families achieve stability and self-reliance for a stronger future.”

Volunteers will work side-by-side with Habitat LA homebuyers and homeowners who also invest their time and energy into sweat equity hours as part of their partnership with the organization. Specifically, participants will rock an entire block in Inglewood with the continued construction of three new homes at Habitat LA’s Hyde Park Place site as well as helping to repair, beautify and “green” homes in the surrounding neighborhood.

This is the fifth year that Lowe’s has supported this event to help Habitat LA raise awareness of the critical need for affordable housing and neighborhood revitalization in Los Angeles through the hands-on assistance of their Lowe’s Heroes employee volunteers. The event will also support a yearlong goal between Lowe’s and Habitat for Humanity International to help 1,000 families build or repair their homes by the holidays.

“It is amazing to be a part of such a strong effort to address the shortage of decent and affordable homes here in LA,” said LeAnne Romesburg, Human Resources Director – field operations at Lowe’s. “At Lowe’s, we know the importance of having a stable place to call home and we hope that this event will make a lasting difference in the LA community.”

Global non-profit Captain Planet Foundation has announced that Jane Fonda, Bill Nye, and Jerome Foster II are to be recognized for their outstanding work as real-life environmental heroes at the organization’s 30th Anniversary Gala on Saturday, March 19, 2022 in Atlanta. More →
More news →