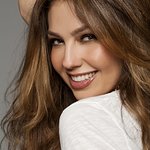 "I am thrilled to become a UNICEF Mexico National Ambassador and to continue to use my voice to promote children’s rights," Thalía said at the appointment ceremony in New York. “We live in an unequal world where millions of children are suffering and dying unnecessarily. UNICEF knows how to put the most vulnerable children first and we all can help, whether by donating to UNICEF, starting conversations with family and friends or educating those around us about how to address unfairness in the world.”

Thalía first teamed up with UNICEF Mexico in 2014 using her talent and fame to raise resources and advocate for children’s rights to health, education, equality and protection.

"Thalía has been doing a tremendous job mobilizing millions of people as agents of change and helping us spread the message that we are the first generation that can end global poverty and disparities," said Isabel Crowley, UNICEF Representative in Mexico.

Among her many other actions for children, Thalía has supported UNICEF polio programmes and helped raise resources for UNICEF’s work in emergencies.

“As a citizen and mother of two I’m committed to helping UNICEF on issues like child poverty in Mexico and eliminating violence against children,” said Thalía.

Born and raised in Mexico City, Thalía has sold over 45 million records worldwide. Early on in her career, she starred in a series of telenovelas broadcast in 180 countries, with a viewership of more than 2 billion people, earning her the nickname of “the queen of soap operas.” She was recognized in 2013 with a star on the Hollywood Walk of Fame. She has been named one of the top 25 most powerful Latinas by People en Español.

With this appointment, Thalía joins other accomplished and dedicated UNICEF Ambassadors, including Chicharito, Julieta Venegas and César Costa from Mexico, and international Ambassadors like Orlando Bloom, Katy Perry, Sir Roger Moore, Shakira, Serena Williams and others.