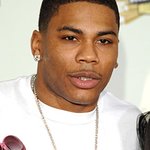 The famed rapper’s girlfriend Shantel Jackson was a victim and survivor of domestic abuse, and Nelly himself was exposed to domestic violence as a child.

“I have daughters and I wouldn’t want them to go through this,” he said. “I hope I have raised both my sons and daughters to know how to treat people of the opposite sex, and know what healthy relationships look like. It’s up to my generation and the ones that follow, to take a stand against domestic violence and inspire change.”

On September 24th, 2016 Face Forward, an inspirational charity giving survivors a second chance at leaving external scars and stigmas behind by providing complimentary reconstructive surgery, will host its most important fundraising and awareness-building event of the year. The Seventh Annual Gala, “Havana Nights” will take place at beautiful Vibiana, in Historic Downtown L.A., where it will raise funds with a goal of $500,000 to support new patient costs and aftercare expenses for 2017. The evening will feature Cuban infused cuisine by Bravo’s Top Chef Master and Iron Chef, Neal Fraser, Latin inspired music, dance and décor.

CEO/Founder of Face Forward, Deborah Alessi is a survivor of domestic abuse and a true advocate of this worthy cause. To assist other survivors to get a second chance at life, Mrs. Alessi recruited her husband and renowned facial reconstructive surgeon Dr. David Alessi M.D., who said, “Deborah and I are humbled by the continuous and growing support for our annual philanthropic event. Our wish is to draw attention to the atrocity of the worldwide problems of domestic violence and human trafficking. Face Forward’s annual gala fundraising efforts enable us to help even more victims in their journey to achieve both physical and emotional healing and recovery. This year has been exceptional for us with amazing patients and exciting new partnerships which will help us raise awareness and funds to help even more survivors.”

The gala event will recognize all star athlete and NBA head coach Byron Scott as one of the evening’s celebrity athlete honorees for his philanthropic work and his pledge to help recruit athletes to learn and spread the word about domestic violence. Shantel Jackson will receive an honor as a Survivor/Advocate, other special guests and honorees to be announced shortly.

Tickets for the gala can be purchased here.

Since its creation in 2007, Face Forward has worked with community leaders around the world to identify victims of violence who are working toward recovery yet carry the burdening physical evidence of past abuse. Face Forward does more than just provide pro bono reconstructive surgery to adults and children who have suffered traumatic and severe physical abuse; they also create a welcoming and safe environment for these survivors to start a fresh new life, and reclaim their confidence. The organization co-founders Mrs. Deborah and Dr. David Alessi both donate their time and skills 100% to the organization to provide Face Forward patients with the necessary surgeries and counseling services. Funds raised by the organization help with ancillary costs, travel expenses for patients including air fare, accommodations and transportation, nursing aftercare and more. Face Forward treats patients from around the world, and currently brings all patients for treatment to their office in Beverly Hills.

Domestic violence is a serious issue affecting 1 in 4 women and more than 4 million women in the US alone. The night will focus on celebrating survivors of domestic violence and human trafficking, raising money via donations, and live & silent auctions. The powerhouse-packed event will feature a stunning cocktail reception, complete with entertainment from the moment guests step out of their cars, a seated dinner, silent & live auctions, dancers and live musical performances, and “Havana Nights” inspired ambiance. Following the dinner will be the awards ceremony honoring individuals that have made a significant difference in this arena.