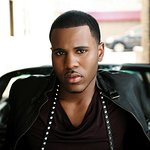 It was announced on Friday that multi-platinum selling pop star Jason Derulo will take the stage to perform at An Unforgettable Evening, taking place on Thursday February 16, 2017 at the Beverly Wilshire Hotel.

Hosted by comedian and breast cancer survivor Tig Notaro, the evening will include a dinner and an awards presentation. Renowned fashion designer and film director Tom Ford will accept the 2017 Courage Award for his continued support and dedication to raising awareness for the disease. The Nat King Cole Award will be presented to Judy and Leonard Lauder for their charitable works and contributions.

An Unforgettable Evening is the flagship fundraising event of WCRF, which continues to raise support for innovative cancer research and to recognize remarkable individuals for their commitment to the cause. WCRF recently joined forces with the Breast Cancer Research Foundation (BCRF), the highest rated breast cancer organization in the US and largest private funder of breast cancer research in the world. Founded in 1993 by Evelyn H. Lauder, BCRF investigators have been involved in every major breakthrough in breast cancer research, impacting developments across a spectrum of cancers. This exciting new collaboration with BCRF allows WCRF to fast-track more effective approaches to the study and early diagnosis of women’s cancers.

Saks Fifth Avenue is generously supporting WCRF to present An Unforgettable Evening for the 13th time. Over the last 18 years, Saks has donated nearly $40 million to cancer research and treatment organizations throughout the United States.

Since he first came onto the scene almost a decade ago, Jason Derulo has set the pace for pop and urban music. To date, the singer, songwriter, and dancer has amassed two RIAA platinum albums, Jason Derulo (2010) and Talk Dirty (2014), two gold albums Future History (2011) and Everything Is 4 (2015), and a gold EP Tattoos (2013)—totaling over 13.5 million albums sold globally. A multiplatinum powerhouse with 94 million-plus single equivalent sales worldwide (5.5 billion streams & 58 million downloads), both his introductory breakout “Watcha Say” and “Talk Dirty” [feat. 2 Chainz] reached quadruple-platinum status, while “Want To Want Me” and “Ridin’ Solo” went triple-platinum, and “Trumpets” “Wiggle” [feat. Snoop Dogg], and “In My Head” earned double-platinum certifications. Platinum singles include “Marry Me”, “The Other Side”, and “It Girl”, while “Get Ugly” and “Don’t Wanna Go Home” were gold. Cumulative streams continue to soar, exceeding 5.5 billion and YouTube views surpass 3 billion. Having collaborated with everyone from Stevie Wonder and Keith Urban to Meghan Trainor, Jennifer Lopez, and Matoma, Derulo is deeply embedded in the fabric of pop culture. Whether it’s hosting the hilarious and viral “Toddlerography” on The Late Late Show with James Corden or cameoing on Empire or Lethal Weapon, he immediately captivates. Derulo proudly stands among history’s most successful artists, and he turns up the heat in 2017 with the explosive new anthem, “Swalla” [feat. Nicki Minaj & Ty Dolla $ign].

The Breast Cancer Research Foundation is dedicated to being the end of breast cancer by advancing the world’s most promising research. Founded by Evelyn H. Lauder in 1993, BCRF-funded investigators have been deeply involved in every major breakthrough in breast cancer prevention, diagnosis, treatment and survivorship. This year, BCRF has awarded $57 million in grants to support the work of more than 250 scientists at leading medical and academic institutions across 14 countries, making BCRF the largest private funder of breast cancer research worldwide. By committing 91 cents of every dollar directly to its mission, BCRF is one of the nation’s most fiscally responsible nonprofits. BCRF is the only breast cancer organization in the US to hold both an “A+” from CharityWatch as well as the top four-star rating from Charity Navigator. Visit www.bcrfcure.org to learn more.