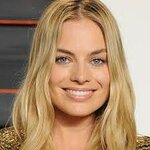 The SAG Awards Ceremony Auction offers movie and television fans the chance to win autographed collectibles signed by many of this year’s nominated actors and casts including an Ouiji Board signed by the cast of “Stranger Things,” a women’s ice skate signed by “I, Tonya” stars Margot Robbie and Alison Janney, film and art books signed by the casts of “The Shape of Water” and “Get Out,” posters signed by the casts of “Lady Bird,” “The Big Sick,” “The Handmaid’s Tale,” “GLOW” and more. Also up for bid are set visits and tapings to “American Idol” and “E! News,” as well as premium items and exclusive experiences provided by the networks, studios, and SAG Awards sponsors. The auction closes Sunday, January 28 at 9 p.m. (ET) / 6 p.m. (PT).

The following is a list of items up for bid at the SAG Awards Ceremony Auction organized by experiences, autographed collectibles and memorabilia, and premium items.

About the SAG-AFTRA Foundation

The SAG-AFTRA Foundation is a philanthropic 501c3 non-profit organization that provides vital assistance and educational programming to SAG-AFTRA professionals while serving the public at large through its signature children’s literacy program. For more than 32 years, the Foundation has granted more than $19 million in financial and medical assistance, including $8 million in scholarships to SAG-AFTRA members and their dependents. In addition, the nonprofit has offered 7,600 free educational workshops, panels and classes SAG-AFTRA artists nationwide. In addition, its award-winning children’s literacy program Storyline Online has brought the love of reading to more than 300 million children worldwide. The SAG-AFTRA Foundation relies entirely on grants, sponsorships and individual contributions to maintain its free programs and resources, and is the benefitting charity of the annual SAG Awards. For more information, visit sagaftra.foundation.