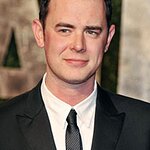 The generosity of Hollywood will once again be on display this May 19, 2018 as the community comes together to celebrate Uplift Family Services at Hollygrove’s 7th Annual Norma Jean Gala, presented by Houlihan Lokey, under the stars at the beautiful Hollygrove campus against the backdrop of the Hollywood sign, an event to benefit the agency’s behavioral and mental health programs that provide help and hope to more than 1,200 at-risk children and their families in the Hollywood and South Los Angeles communities.

This year the gala proudly honors the agency’s friends and champions Ike Barinholtz and wife Erica Hanson with the Ambassador of Children Award, and will also bestow the agency’s first-ever Volunteer of the Year Award to CAA’s Chris Andrews. Ike and Erica were selected to receive this honor because they, through deed and example, embody the values of the organization’s mission, share its passion to strengthen and support children in crisis, and advocate for those most in need. Long-time friend Colin Hanks is set to present Barinholtz and Hanson with their award. Andrews, who has been an ongoing volunteer and supporter of the agency for several years by regularly tutoring and mentoring kids in the agency’s after school program, is being singled out for the impact he has made and the example he sets for others. Golden Globe and Emmy Award nominated actor Edgar Ramirez will present to Andrews.

“I am so honored to be recognized by Uplift Family Services at Hollygrove in this way and am in awe of what they do to support children and families in need,” said Barinholtz recently. “My wife and I strongly believe how important it is to provide each and every child with the tools they need to succeed. We are thrilled to be involved with this organization that fights so fiercely for this cause, and are looking forward to a wonderful evening of celebrating their work.”

Notes Andrews, “I have long wanted to make a tangible difference in the lives of others, and am so grateful to have the opportunity to be involved with an organization like Hollygrove. I am so impressed by the work they do with the children and families they serve, and am honored to be a part of creating some of that positive impact.”

“We are so excited and proud to have our friends Ike, Erica and Chris as our honorees this year,” says Elena Judd, Uplift Family Services’ Regional Executive Director. “They each in their own ways are so committed to helping those who exist on the margins of our society, especially children, and serving as examples to others. I’m so thankful for their ongoing support of our work to do whatever it takes to heal the child – and strengthen the whole family.”

Ike Barinholtz is quickly becoming one of the most sought after comedians, writers and actors in the comedy world. He is well known for starring on TV’s The Mindy Project as well as the hit films Suicide Squad, Neighbors with Seth Rogen, Snatched with Amy Schumer, and Sisters with Amy Poehler and Tina Fey. He currently can be seen in Universal’s Blockers alongside John Cena and Leslie Mann, and he is currently in post-production on his new film The Oath which he wrote, directed and stars in alongside John Cho and Tiffany Haddish. The first film he co-wrote, the hilarious comedy Central Intelligence, starring Dwayne “The Rock” Johnson and Kevin Hart, was a runaway hit. Erica Hanson is a partner at PriceWaterhouseCoopers (PwC) Los Angeles; she and Ike have been married since 2009 and have three children.

Chris Andrews is a motion picture talent agent at Creative Artists Agency (CAA). Andrews works in the Los Angeles office and represents many of the world’s leading actors — including Daniel Craig, Liam Neeson, Colin Firth, Nicole Kidman, Ben Kingsley, Emily Blunt, Jon Hamm, Ian McKellen, Saoirse Ronan, Edgar Ramirez and Steve Coogan. In addition to his commitment to Hollygrove, Andrews also serves on the board of the USC School of the Dramatic Arts.

About the Norma Jean Gala: its namesake is the Hollygrove campus’ most famous alumni — Norma Jean Baker, who benefitted from the agency’s care as a child before she ultimately came to be known as the international icon Marilyn Monroe. Now in its 7th year, the gala, which will once again have Busy Philipps as MC, has attracted a host of notable individuals, celebrities and organizations who come together one evening each year to honor and celebrate the work of Uplift Family Services at Hollygrove and spirit of “Norma Jean”, including: Neil Patrick Harris & David Burtka, Matt Bomer, Rob Reiner, Busy Philipps, Colin Hanks, Cobie Smulders, Tom Arnold, Diane Ladd, George Lopez, Lori Laughlin, Ian Ziering and many others. 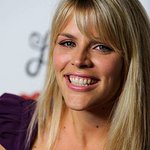