Julie Benz To Host US Campaign For Burma Dinner 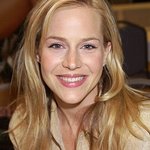 Fans of Dexter may like to get down to Beso on Hollywood Blvd later tonight, December 30, as one of the show’s stars is hosting a special charity gala.

Julie Benz, who plays Rita on Dexter, is hosting the Celebrity Foundation Dinner to benefit the US Campaign for Burma and the Human Rights Action Center. The evening will also include a performance by Jose Cortes from the Gipsy Kings, and stars such as Sylvester Stallone, Jason Biggs, Jenny Mollen Biggs, Stacy Dash, Maria Conchita Alonso, and Valerie Cruz are expected to attend.

The US Campaign for Burma aims to help the people of Burma achieve their dreams of freedom, peace, democracy, and human rights. The organization is dedicated to empowering grassroots activists around the world to bring about an end to the military dictatorship in Burma.

Through public education, leadership development initiatives, conferences, and advocacy campaigns at local, national and international levels, USCB works to empower Americans and Burmese dissidents-in-exile to promote freedom, democracy, and human rights in Burma and raise awareness about the egregious human rights violations committed by Burma’s military regime. The campaign has recruited stars such as Will Ferrell and Jennifer Aniston to record PSAs encouraging people to stand up against the injustice occurring in Burma, and recently a group of former world leaders, presidents, and prime ministers – including Mikhail Gorbachev, Jimmy Carter, Tony Blair, and George Bush Sr – wrote to UN Secretary General Ban Ki-moon to ask him to secure the release of all political prisoners in Burma by the end of this year.