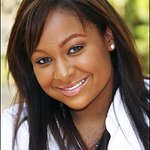 The Actors Fund has announced that the 2018 Looking Ahead Awards will honor the cast of Disney Channel’s “Andi Mack,” Raven-Symoné and Monique Coleman on Sunday, October 28 from 4-8pm at the magnificent Taglyan Complex in Hollywood.

The Looking Ahead Awards celebrates leaders in the current and former young performer community who inspire the world by living the Looking Ahead Program’s core values of growth, education, leadership and community service.

The Elizabeth Taylor Award for Social Awareness, honoring the youth cast of a current TV show that is raising awareness about important societal issues though their roles, will be presented to the young stars of Disney Channel’s hit series “Andi Mack” — Peyton Elizabeth Lee, Joshua Rush, Sofia Wylie and Asher Angel.

The Looking Ahead Award for Education, honoring a former young performer who has made education a priority in their life, will be presented to Raven-Symoné, star and executive producer of Disney Channel’s “Raven’s Home.”

The Looking Ahead Award for Community Service, honoring a former young performer who exemplifies giving back to the community, will be presented to actress, producer and global youth advocate Monique Coleman (“GimmeMo,” “Dancing With The Stars,” “High School Musical” trilogy).

The Looking Ahead Program was created in 2003 in partnership with SAG-AFTRA to work with youth between the ages of 9 and 18, helping them develop the values, skills and confidence they need to make successful transitions to fulfilling adult lives. Now serving more than 500 youths, families and alumni, the program aims to create a nurturing environment where young performers get support through individual, family and education counseling, leadership development, community service and social events. Looking Ahead is guided by an Advisory Committee of professionals in youth development and youth-related entertainment, which is co-chaired by actor and recording artist Corbin Bleu and freelance casting director and former head of casting at Nickelodeon Sharon Lieblein.