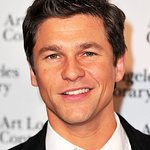 Food Bank For New York City, the city’s leading hunger-relief organization working to end food poverty throughout the five boroughs, will host its annual Can Do Awards Dinner on Tuesday, April 16th, at Cipriani Wall Street.

This year’s event will honor Chef José Andrés; David Burtka & Neil Patrick Harris; Hildy Simmons; and Stop & Shop for their commitment to hunger relief in New York City. The evening is instrumental in raising funds and awareness to provide support for the 1.5 million New Yorkers who rely on the charity’s vital programs and services.

Sponsored by Bank of America and chaired by Lee Brian Schrager and Jodisue Rosen & Scott R. Feldman, the evening event will feature a live performance and auction.

“Our honorees this year exemplify what it means to create lasting, positive change in our city and the world. Each has created a powerful legacy that any New Yorker or NYC brand could replicate. That’s the purpose of the Can Do Award. We get to celebrate and highlight the many ways that New Yorkers may impact and push forward our goal of alleviating hunger in our city,” said Margarette Purvis, CEO of Food Bank For New York City.

“At Bank of America we believe it is important to support organizations that meet people at their point of need, giving them the power to overcome fundamental challenges, achieve stability, and improve their financial lives,” said Connie Verducci, New York City Market Executive at Bank of America. “That’s exactly what Food Bank For New York City does, and why we are proud of our decade-long partnership and to be presenting sponsor of the Can Do Awards Dinner.”

Chef José Andrés is an award-winning chef and humanitarian, New York Times best-selling author, and owner of ThinkFoodGroup, the innovative company behind his award-winning group of more than 30 restaurants, including the two Michelin-starred minibar by José Andrés in Washington, D.C. As a naturalized citizen originally from Spain, Andrés has been a tireless advocate for immigration reform. In 2010, Andrés formed World Central Kitchen, a non-profit that provides smart solutions to end hunger and poverty by using the power of food to empower communities and strengthen economies. Notably, his team served more than 3.6 million meals to the people of Puerto Rico following Hurricane Maria.

David Burtka is a chef, caterer, and award-winning actor who will soon release his first cookbook, Life is a Party, in the April 2019. The book is a spinoff from his 2016 Food Network special, Life’s a Party with David Burtka, which won a Telly Award and First Prize at the New York Film and TV Awards. The cookbook will showcase Burtka’s expertise in preparing delicious recipes and celebrating a variety of occasions with guests. A Le Cordon Bleu chef, Burtka is a firm believer in sustainable food fresh from the farmer’s market, butcher, or garden to the table.

Neil Patrick Harris currently stars as Count Olaf in Netflix’s series adaptation of A Series of Unfortunate Events. Harris is a five-time Emmy Award winner for his guest-starring role on Glee, and host of several Tony Awards. He has also hosted and produced the Primetime Emmy Awards, and in 2015 hosted the 87th Annual Academy Awards. His television credits include: How I Met Your Mother, Best Time Ever with Neil Patrick Harris, Stark Raving Mad, Joan of Arc, The Man in the Attic, Cold Sassy Tree, My Antonia, The Wedding Dress, The Christmas Blessing, and Doogie Howser, M.D. His film credits include Gone Girl, Downsizing, A Million Ways to Die in the West, The Smurfs 1 & 2, A Very Harold & Kumar 3D Christmas, Beastly, The Best and the Brightest, Harold & Kumar Escape from Guantanamo Bay, Harold & Kumar Go to White Castle, Undercover Brother, The Next Best Thing, The Proposition, Starship Troopers, and Clara’s Heart. Harris originated the role of Hedwig in the 2014 Broadway production of Hedwig and the Angry Inch, which won multiple Tony, Drama League, and Drama Desk Awards. Additionally, he recently released a new middle grade fiction series, The Magic Misfits. The third book of the series, The Magic Misfits: The Minor Third, will be released on September 10, 2019.

Hildy Simmons has been a leader in the philanthropic community for over 35 years, helping direct contributions to vital missions and charities across our city. Through October 2003 she was a Managing Director and head of the Global Foundations Group at J.P. Morgan Private Bank overseeing the grantmaking of more than 40 foundations. From June 1990 through October 2001, she was responsible for J.P. Morgan’s corporate philanthropy program. As an independent consultant for the past 15 years, Hildy advises NYC families interested in making high impact philanthropic investments. Prior to joining J.P. Morgan in October 1986, Simmons served as the program director of the Norman Foundation and held a variety of positions in New York City and State government including serving as a New York City Urban Fellow in 1971–72. A former chair of the New York City Board of Correction, Simmons currently serves on the boards of the Jerome L. Greene Foundation, the Mary J. Hutchins Foundation, and the Romanian American Foundation. She is an emeritus board member of the Brooklyn Community Foundation.

A neighborhood grocer for more than 100 years, today’s Stop & Shop is committed to helping its communities enjoy better food and better lives. Stop & Shop has a longstanding history of giving back to the neighborhoods it serves with a focus on fighting hunger and helping children to enjoy a healthy lifestyle. The Stop & Shop Supermarket Company LLC is an Ahold Delhaize USA Company and approximately 60,000 associates and operates over 400 stores throughout Massachusetts, Connecticut, Rhode Island, New York, and New Jersey. Stop & Shop has been a Food Bank for New York City partner since 2001, donating almost $1 million to the organization. Recognized as a Million Meals Food Donor to Food Bank in 2018, Stop & Shop is instrumental in supporting Food Bank’s various hunger-relief efforts throughout the five boroughs—from hosting food drives to offering on-the-ground resources for Food Bank’s most recent “Rise Up For the Shutdown” initiative, which provided food and other essentials to New York City’s furloughed federal workers during the government shutdown. Stop & Shop is also a proud supporter of Food Bank’s Green Sidewalk initiative, which brings free, fresh fruits and vegetables into communities of high need, and through the Stop & Shop Family Foundation, which provides vital products and programs to Food Bank’s campus pantries in schools across New York City.