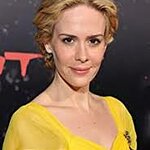 GLAAD previously announced that award-winning actress, producer, and activist Judith Light will be honored with the Excellence in Media Award and award-winning screenwriter, producer, and director Ryan Murphy will be honored with the Vito Russo Award at the New York ceremony at the Hilton Midtown. Lilly Singh, openly bisexual executive producer and host of NBC’s A Little Late with Lilly Singh, will host the Awards. Additional previously announced special guests will include Jaboukie Young-White (comedian and correspondent on The Daily Show with Trevor Noah), actress Emily Hampshire (Schitt’s Creek), and the cast of Pose.

International superstar Adam Lambert is set to open the GLAAD Media Awards in New York with a special performance, and Ben Platt, Tony Award-winning star of Netflix’s The Politician, will also perform during the event.