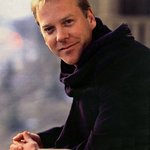 Last week, City of Hope's industry groups presented their first-ever virtual Holiday Benefit fundraiser, which brought in over $785,000 in support of City of Hope’s mission to ultimately eliminate cancer, diabetes, HIV/AIDS and other life-threatening diseases.

Guests were invited to a two-hour pre-show experience, where they had the opportunity to walk the digital red carpet, join networking breakout rooms, have their digital caricatures drawn and enjoy additional sponsored content — all leading up to the main show. The main show also included appearances from some of City of Hope’s incredible frontline caregivers, who shared their personal experiences during the pandemic, and how they are continuing to support their patients, and each other, amid these especially challenging times.

Additional information can be found at CityofHope.org/holidaybenefit.

City of Hope’s corporate industry groups reach 16 industry categories nationwide and traditionally have operated independently of one another. The virtual Holiday Benefit represents the first time in the organization’s history that all of these groups united in support of one fundraising event.