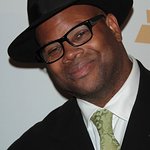 City of Hope, a world-renowned research and treatment center for cancer and diabetes, through its Music, Film and Entertainment Industry group has announced that the 16th annual Songs of Hope celebration event will take place virtually on Sept. 30, 2021, at 6:30 p.m. PDT.

City of Hope will partner with the successful RWQuarantunes for this special event. Songs of Hope is a celebration of the music industry and their support for City of Hope’s mission to eliminate cancer, diabetes and other life-threatening diseases.

The event will highlight the work of City of Hope’s Division of Health Equities and innovative Department of Supportive Care Medicine, which is committed to delivering the institution’s signature compassionate, specialized cancer care to patients and their families. RWQuarantunes founders Richard and Demi Weitz will join event emcee Jimmy Jam for this unique celebration. Facebook will once again be the evening’s presenting sponsor, and returning award sponsors Clive Davis, Universal Music Publishing EA Music–Electronic Arts, Sony Music Publishing and Warner Chappell Music will pay tribute to this year’s honorees, including Smokey Robinson, who will receive Clive Davis’ Legend in Songwriting Award, Hildur Guðnadóttir, recipient of the EA Music Composer of the Year Award and Daniel Nigro, who will be honored with the Sony Music Publishing Creative Trailblazer Award. Warner Chappell will also posthumously honor the late hip hop rapper Pop Smoke with the Voice of Hope Award. Additional honorees will be announced in the coming weeks.

“It is because of our donors and volunteers that City of Hope has grown from its humble beginnings more than a century ago to a world-class research institute and clinical care network that treats more than 90,000 patients each year,” said Kristin J. Bertell, chief philanthropy officer at City of Hope. “The dedicated volunteers of the Music, Film and Entertainment Industry help us raise millions of dollars every year through events like Songs of Hope — all to aid in the fight against cancer and diabetes. I am humbled by their generosity and grateful to RWQuarantunes, our sponsors and all the music professionals who are supporting our ability to save lives.”

“As a cancer survivor, it is imperative to raise funds to further City of Hope’s groundbreaking medical research and supportive care programs for patients,” said event co-chair, Doug Davis. “This night has become one of my favorite nights in music, and I am thrilled to again co-chair Songs of Hope and this wonderful celebration of the song and the songwriter, which are often overshadowed by the recording and the artist. Songs of Hope is meaningful for me this year because I get to also work hand-in-hand with my father, Clive Davis, who will present the Clive Davis Legend in Songwriting Award to the iconic Smokey Robinson.”

“As we continue to battle through this horrible pandemic, the one thing we know is that cancer and type 1 diabetes do not stop,” said event co-chair Evan Lamberg, president of North America/Universal Music Publishing Group. “Thank you to the doctors, researchers and staff at City of Hope for continuing to focus on making people’s lives, and the lives of so many families, better. I look forward to working again with my longtime co-chairs Doug Davis, Steve Schnur and David Renzer in making Songs of Hope 16 our most successful event ever.”

“Hildur is a colleague and personal friend who embodies City of Hope’s ongoing commitment to exceptional ingenuity and empathy,” said event co-chair Steve Schnur, worldwide executive and president of Music for Electronic Arts. “She also happens to be the best composer in the world today. David, Doug, Evan and I invite you to join us for an evening of music, gratitude and celebration like no other.”

“In a challenging year, we are so grateful that all have come together for Songs of Hope and to help raise funds for the lifesaving work of City of Hope,” added event co-chair David Renzer. “My heartfelt thanks go to my co-chairs Evan, Doug and Steve, to Clive Davis for his being a stalwart supporter of our event, to all our supporters and sponsors, and to this year’s unique partnership with Richard and Demi Weitz and Quarantunes.”

“When we were approached in December to partner our RWQuarantunes with City of Hope, we jumped at the opportunity to say yes,” said Richard Weitz. “Not realizing we would continue to be in a virtual world this fall, we’re looking forward to helping raise money and have incredible performers participate. To be honest, we’re excited to come out of retirement for this wonderful cause.”

A portion of funds raised at the 16th Annual Songs of Hope will go to support the work of this year’s Beverly and Ben Horowitz Legacy Award recipient, Loretta Erhunmwunsee, M.D., whose research seeks to eliminate health inequities among minority and under-resourced populations. The Beverly and Ben Horowitz Legacy Award is named in memory of Ben and Beverly Horowitz, longtime chief executive officer and first lady of City of Hope. Under Horowitz’s leadership, City of Hope was transformed from a small hospital that was focused on tuberculosis into a world leader in the research and treatment of cancer, diabetes and other life-threatening diseases. This award grants a City of Hope doctor/researcher with $100,000 to support their ongoing projects. The Horowitz legacy is carried on by their son, Zach Horowitz, former chair and current member of the MFEI Executive Board, and daughter, Jody Horowitz-Marsh, who sits on the board of Beckman Research Institute of City of Hope.

For more information about the event and ticketing, please click here.