Look To The Stars Film Pick: Reach For Me 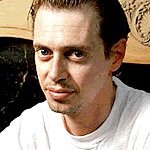 Downtown Film Festival Los Angeles (DFFLA) is proud to announce A MediaVision Production’s of LeVar’s Burton’s film “Reach for Me” as the 2009 Centerpiece Gala film, to be presented on Friday, August 14th, 2009 at 7:30pm at the United Artists Screening Theater inside the AT&T Center.

The film’s star, Seymour Cassel will be presented with the festival’s Lifetime Achievement Award, and a gala party will follow the evening’s programming. The award will be presented by actress and Screen Actors Guild Foundation executive Connie Stevens, with video tributes from Wes Anderson, Steve Buscemi, Angelica Houston, Luke Wilson and more!

This special event will be located at the festival’s main screening venue, LBA Realty’s AT&T Center (formerly, the Transamerica Center), located at corner of Hill St. and 12th St , in downtown L.A.’s burgeoning new South Park district. The gala party will be held on the 32nd penthouse floor of the complex.

“Reach for Me” (2008, USA, 89 minutes) directed by LeVar Burton follows Alvin (Seymour Cassel), a bitter man confined to the Valley Meadow Hospice who unexpectedly discovers the joys of life and its many intricacies. Ready to pass away after a disappointing life, he is interrupted by the vivacious young man named Kevin (Johnny Whitworth), a new patient and roommate who loves to live life to the fullest. Kevin and his girlfriend Sarah (Lacey Chabert) do their best to make Alvin’s life meaningful in his last few days and even get him to fall in love for the first time with Valerie (Adrienne Barbeau). Setting all the wheels in motion for the intersecting relationships is head nurse Evelyn (Alfre Woodard).

Mr Burton says “The heart and humanity of Michael Bruce Adams’ script leapt off the page. When my producing partner Mark Wolfe brought me this amazing project I was committed immediately.” Producer Susan R. Rodgers has been pleased at both the critical and audience reception to the film, commenting, “This is a filmmaker’s dream to make a great film you care so deeply for and put so much work and sacrifice into it that has garnered both commercial and artistic success.” She and producing partner Charlene Blaine-Schulenburg adds, “…we tend to shun the aging and the sick and this film paints aging and dying with both humor and dignity and most of all honor.” Producer Mark Wolfe noted that “Having such a stellar ensemble cast lead by a talent like Seymour Cassel, and under LeVar’s direction, is the essence of successful indy filmmaking.”

Cassel, an Academy Award nominated actor for Faces (1968), will be presented the lifetime achievement award. One of Hollywood’s most familiar faces, Cassel has performed in more than 170 films with numerous distinctions throughout his career as well as television appearances in shows like “The F.B.I.” (1962 ) and “Heist” (2006). He is highly celebrated for his work and dedication with the American indie film community, beginning with director John Cassavetes’ Shadows (1950) and along with other Cassavetes’ titles like Minnie and Moskowitz (1971). In addition, he starred In The Soup (1992), in which Cassel received the Special Jury Recognition for Outstanding Performance at the Sundance Film Festival, and co-starred with Bill Murray in The Life Aquatic with Steve Zissou (2004).

Much like many others in the film industry, Director LeVar Burton was amazed by Cassel’s heart and devotion to his craft. “By anyone’s standard, Seymour is a legend,” Burton comments. “He’s an amazing actor who’s had the kind of longevity in his career every actor dreams of….”

Starring along with Cassel is Alfre Woodard. In addition to her multiple Emmy and Golden Globe awards for her work in television, Woodard was nominated for an Academy Award for Best Supporting Actress for her celebrated role in director Martin Ritt’s 1983 film Cross Creek. As well as appearing in Desperate Housewives, Woodard is the co-founder of Artists for a New South Africa, a nonprofit organization dedicated to combating the African AIDS pandemic and advancing democracy and equality in South Africa. ANSA also works to further civil rights and safeguard voting rights in the U.S.

The Centerpiece Gala and Awards Ceremony will be attended by celebrity presenters to be announced at a later date.