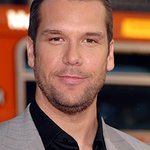 The 14th annual concert boasts Grammy award-winning producer, arranger and composer David Foster as Musical Director, and Andre Agassi will be there to host the event.

“Each year, the stars align and donate their talents to celebrate our achievements and support our work in education,” said Agassi. “This year’s Grand Slam for Children promises to be an incredible night of entertainment that benefits Agassi Prep and allows us to create opportunities that change children’s lives.”

The Grand Slam events have raised nearly $75 million since 1995 to support a movement that’s improving education for all children.

Now in its 14th year, the Grand Slam brings together international stars – from music to comedy – to build awareness and raise money for the Andre Agassi Foundation. Dedicated to transforming education, the Foundation opened the Andre Agassi College Preparatory Academy in 2001; in 2009 the public charter school graduated its first senior class with 100 percent of graduates going on to higher education opportunities. The Foundation’s work is directly impacting students in Las Vegas, Agassi’s hometown community, but it has broader implications for education nationwide, as the Foundation works to increase investment in, and accountability for, public schools.

This year’s Grand Slam for Children, sponsored by Genworth Financial, will take place Saturday, Sept. 26, 2009 at Wynn Las Vegas. The evening will include a cocktail reception, gourmet dinner, live auction and benefit concert. Sponsorships for the Grand Slam for Children are still available at the following levels: Gold $17,500, Platinum $40,000 and Diamond $85,000. Individual seats are also available in sets of two; at the Gold level for $3,500 and at the Platinum level for $8,000.