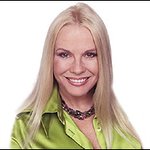 The wife of Scottish comedian Billy Connolly was staying in Samoa and is urging the world to come to the aid of the island nation after the massive wave killed over 180 people – including villagers and tourists – and left many more homeless.

“Huge piles of debris lay everywhere; it was clear the wave had whacked every structure with incredible might,” she told the Guardian newspaper in the UK. “Cars teetered where they had been thrown, on top of rubble from collapsed dwellings. Fridges and air conditioners floated in the sea. I looked along the bay and saw that a well-known jetty was missing. So were villages that once lined the shore. I saw a thatched fale [house] surrounded by three policemen and some villagers. A woman was lying inside and someone was trying to revive her.”

New Zealanders have already donated over $600,000 to aid agencies operating on the islands, but the Red Cross and Oxfam are desperately asking for more.

“Any money given to the Red Cross for an emergency goes to that emergency, we ensure that it’s spent where it’s most needed and that’s at the ground in the communities,” said Andrew McKie from the Red Cross.

Organizations such as World Vision, The Salvation Army and UNICEF are also seeking donations.

“Many are homeless, but the extended family system means they will stay with relatives in other villages,” said Stephenson. “Samoans are extraordinary people, and their resilience is evident.”

For more information on how to donate to victims of this disaster, click here.