Young Stars Honored For Charity By Power Of Youth 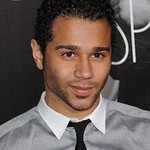 A group of Hollywood’s up-and-coming stars had their time in the spotlight on Saturday night, December 5, when they were honored for their charity work at Variety’s third annual Power Of Youth event.

Stars from “Wizards of Waverly Place” and “The Secret Life of the American Teenager” and movies such as “Fame” and “The Twilight Saga” series were spotted at the star-studded event held on the New York street set at Paramount Studios in Hollywood.

Among the honorees were “High School Musical” actor Corbin Bleu – honored for his work with the Starlight Children's Foundation – singer Jesse McCartney – who works with City of Hope – “iCarly” star Miranda Cosgrove – who works with St. Jude Children's Research Hospital – “90210” actress AnnaLynne McCord – who is an ambassador with The Blind Project – and “True Jackson” star Keke Palmer.

“I have met a lot of kids I saw in the hospital who did get better,” said Cosgrove. “That’s always really amazing. I’ve become friends with a lot of the kids, too. I met a little girl named Sarah. She’s just this really cool girl, and we e-mail each other.”

Attendees were the first in the world to witness the All Access rock documentaries featuring Public Enemy, Weezer and others.

“Our goal for the ALL Access program was to showcase the talents of young people so the ‘Power of Youth’ event is the ideal venue for the world premiere of their work,” said Gary Peterson, director of marketing, brand and advertising at Kyocera Communications Inc. “We set out to give a voice to a talented crew of young adults as they chronicled some of the world’s most popular bands at the year’s hottest free music festival. How fitting to do it at an event honoring a group of high-profile young celebrities who have dedicated themselves to helping so many important charity organizations.”

“There’s a lot of twentysomethings who are enjoying their twenties, and that’s great,” added McCord about the Power of Youth event. “But when you’re privileged like we are as entertainers to make the money that we make and have the notoriety that we have, I think you owe it to the world to give back.”