Faith Hill To Raise Awareness Of Adoption In TV Special 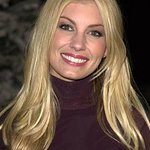 The 11th Annual A Home For The Holidays with Faith Hill will hit TV screens just before Christmas for charity.

Following the success of the past 10 annual shows, the special continues to tell touching stories about foster care adoption to raise awareness for this important social issue. The inspirational stories of these American families are enhanced by performances from some of today’s most popular artists.

The musical performances frame several pre-taped story segments which are presented by celebrities who either have their own adoption experiences or are involved with children’s issues.

The Children’s Action Network was founded in 1990 by leaders in the entertainment industry to harness the power of the entertainment media on behalf of children. The special is a part of CAN’s National Adoption Campaign to raise awareness of the joys of adopting and to find homes for the children who are waiting.

The TV special will be broadcast on CBS on December 23.