By Elizabeth Willoughby on February 1, 2010

Actors Demi Moore and Ashton Kutcher have just created a charity, the DNA Foundation, in an effort to bring attention to modern day sex slavery, something that few are willing to talk about.

On the new charity’s Facebook page, Kutcher wrote about a recent visit he and Moore made to the US-Mexican border. There, they interviewed two victims of sex slavery who were rescued by border patrol.

“Our meeting with two girls who were used as sex slaves was one of the most heart-wrenching experiences of my life,” said Kutcher. “These girls endured things that no human being should endure at the hands of men who for some reason thought that what they were doing was ok—or knew it was wrong and decided to do it anyway.   We visited a quiet canyon where some of these crimes occurred—car after car of men driving down a bumpy dirt road to come and take their turn with these girls, laying outside on a plastic sheet.”

With a global sex slavery market that they claim generates annual profits of over $32 billion, the DNA Foundation hopes to help bring an end to the abuse.  "Slavery is happening—every day—all over the United States. We must stop it." 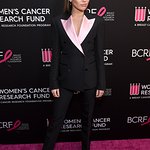