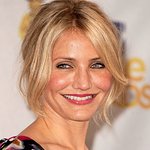 Actress Cameron Diaz, besides working on environmental awareness activities, joins Goldie Hawn, Meg Ryan and other artists, directors and activists on the Pangea Day advisory board, an organisation set on creating a worldwide network of concerned citizens who are making a difference and believe that film can change the world.

The brainchild of Arab-American, award winning documentary film-maker Jehane Noujaim, the group’s first action is to create a global film day where short films will be screened simultaneously across the world, and subsequently be available from the Internet. Submitted by any person from anywhere in the world, the films, which “should provide a powerful glimpse into various aspects of our lives,” will be judged and four hours of the best shorts, visionary speakers and live music will be broadcast May 10, 2008, on Pangea Day.

Towards her wish for world peace and in her effort to heal the world’s conflicts, Ms Noujaim believes that by showing meaningful clips of people of different countries and cultures to the whole world at the same time, she can make conflicts more personal to individuals than perhaps a newspaper report might, humanize the issues, and begin a healing process. After the world wide screening next year, Pangea Day organisers will connect inspired people with appropriate organisations to “facilitate community-building activities.”

Ms Noujaim was last year’s recipient of the TED award at the Technology, Entertainment, Design Conference where "the world’s most fascinating thinkers and doers come together to give the talk of their lives. You can hear Ms Noujaim’s wish speech, the wish that she is granted by TED along with $100,000 prize money, at www.pangeaday.org

Pangea is the word given to the earth’s complete land mass before the continents split off. Pangea Cinema Day for Ms Noujaim is “the day the world comes together by reaching out to people’s hearts and souls through film.”