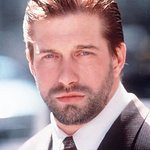 The Gala is to raise awareness and vitally needed revenue to organize and operate adaptive sports clinics for physically challenged children, adults, and Wounded Warriors, as well as to expedite construction of their 1,000,000 sq. ft. sports rehabilitation complex designed by Fellows Ink.

A live auction and opportunity board in conjunction with the Charity Angels will feature celebrity memorabilia, jewelry by celebrity designer Nicolina Royale, prize packages, and once-in-a-lifetime VIP experiences. Also, select attire provided by Jimmy Au’s For Men 5’8" and Under. Thanks to Digital Stream, Intl. (www.digitalstream.tv), WSO will be having a live HD webcast from the Red Carpet via (www.wateringseeds.org), showcasing entertainment megastars and the altruism for which they stand.

m.a.m.a Earth (www.mamaearth.org) and many of WSO’s dedicated celebrity ambassador supporters will be demonstrating the power of giving back and charitable contribution. Noted for its philanthropy, WSO has been featured on national television segments and reported in USA Today, Chicago Tribune, MSNBC, and The Hollywood Reporter, to name a few. Donations can be made through the website (www.wateringseeds.org), and all proceeds will be directed towards WSO’s initiatives.

“Since 2004, it has been a passionate dream of mine to bridge the gap between the disabled and able-bodied communities. With the right perspective, we can yield exponential internal growth despite society’s outward hard-knocks… We invite you to join WSO in “watering the seeds” of those with special needs that will take root and grow to bear good fruit."
Brady A. Mazzola, Founder & Servant

For more on the Watering Seeds Organization, please visit www.wateringseeds.org