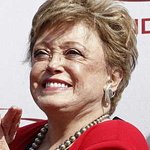 Farm Sanctuary mourns the passing of “Golden Girls” actress Rue McClanahan, who suffered a fatal brain hemorrhage last week at New York-Presbyterian Hospital in Manhattan. A vocal animal activist, McClanahan used her fame to enlighten people about the plight of farm animals and advocate on their behalf.

McClanahan was well aware of the atrocities committed in factory farms and had been an ardent supporter of Farm Sanctuary since 1996. Most notably, she was the longtime spokesperson for Farm Sanctuary’s Legacy Society which was established to express gratitude to members who have made a commitment to the organization through a charitable bequest. In addition, she was the host for two of the organization’s major events within the last 10 years. In 2001, along with fellow animal advocates Chevy Chase, Kevin Nealon, Mary Tyler Moore, U.S. Representative Gary Ackerman (D-NY), and others, she hosted Farm Sanctuary’s first ever Gala for Farm Animals at the Plaza Hotel in New York City. Three years later at the House of Blues in Los Angeles, she, along with Valerie Harper and California Senator Tom Burton, hosted the SB 1520 victory party to celebrate the passage of this groundbreaking piece of legislation banning the sale and production of foie gras in California.

Farm Sanctuary President and Co-founder Gene Baur expressed his sorrow over McClanahan’s passing on Thursday. “Our hearts go out to Rue McClanahan’s family and friends in this difficult time,” said Baur. “She inspired countless others to start thinking about farm animals as sentient beings who deserve to be treated with respect. Through her involvement with Farm Sanctuary and our Legacy Society, Rue’s compassion for animals will live on.”

McClanahan has been often quoted as saying, “Compassion is the foundation of everything positive, everything good. If you carry the power of compassion to the marketplace and the dinner table, you can make your life really count.” Baur added, “Her deep belief in compassion for all beings made her a special friend to Farm Sanctuary and our many animal residents. She made her life really count for something good in this world.” 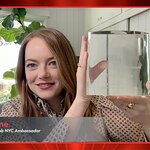