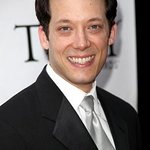 Tony Award (Avenue Q) and Emmy Award (Johnny and the Sprites) nominated John Tartaglia, the creative force behind the current off-Broadway hit John Tartaglia’s ImaginOcean, has pledged his support to the World Society for the Protection of Animals' (WSPA) “Animals Matter to Me” campaign.

His personal video about why animals matter to him launched today at www.AnimalsMattertoMe.org, where other celebrities – including Simon Cowell and Leona Lewis – have already endorsed an international recognition to end animal cruelty and support animal welfare.

Tartaglia said, “Animals have inspired many of the characters I’ve created for the stage and on television, and they have always been part of my family. My animal companions now include two rescued Cocker Spaniel dogs — Dora and Parker, who is disabled; and two shelter cats Mia and Shanti. WSPA is doing incredible things around the globe to support the protection of all animals and if anyone can push for a Universal Declaration on Animal Welfare, they can.”

“Animals Matter to Me” represents a growing community of people, governments and organizations that are committed to ending animal cruelty and suffering, worldwide. Already, over 2 million people across the globe have added their support for the campaign by adding their name to the declaration at www.AnimalsMattertoMe.org.

Silia Smith, Interim Executive Director, WSPA USA said: “John Tartaglia is very generous to give his support to WSPA. His energy and enthusiasm for animals is evident by all of those he rescued and through his ImaginOcean theatre project which brings attention to the beauty of living sea creatures. He really stands behind this campaign and we appreciate his desire to make a difference for animals.”

Tartaglia’s Broadway credits include his Tony nominated role in the musical, Avenue Q; the role of Lumiere in Beauty and the Beast; and the role of Pinocchio in Shrek the Musical. His television credits include creating, executive producing and starring in the Disney Channel series Johnny and the Sprites, for which he received an Emmy Award nomination, and still airs around the world. A 10-year veteran of Sesame Street, Tartaglia is one of the youngest puppeteers ever to perform on the show, starting at the age of 16.

As the world’s largest alliance of animal welfare organizations, with at least one member in virtually every country of the world, WSPA is able to work where there is the greatest need to stop animal suffering and cruelty. WSPA’s “Animals Matter to Me” community has a diverse range of high-profile supporters including: Simon Cowell, Ricky Gervais, Leona Lewis, Miranda Richardson, Tiffani Thiessen, Kristin Davis and Christina Applegate. More at www.wspa-usa.org.