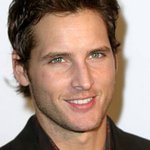 It may be the closest you come to a vampire – Carlisle Cullen is auctioning his clothes for charity.

In honor of the release of Twilight: Eclipse in theaters around the world, Peter Facinelli – who plays Dr Cullen in the films – is auctioning clothes from his closet, including blazers and pants.

Proceeds from the auction benefit Clothes Off Our Back's charities including Feeding America, The Division of Pediatric Hematology/Oncology at Mattel Children's Hospital UCLA, Malaria No More and Hope North. The auction ends on Thursday, July 15.

The actor has also signed a shirt and a piece of the black carpet from the LA premiere of the film for Alex's Lemonade Stand Foundation, whose mission is to raise money for and awareness of childhood cancer causes—especially research into new treatments and cures—and to encourage and educate others, especially children, to get involved and make a difference for children with cancer.

This auction ends on July 16.

To view both auctions, visit ClothesOffOurBack.org.