“Alex’s Lemonade Stand Foundation (ALSF) shares the vision of our founder and creator, Alexandra “Alex” Scott—a cure for all children with cancer.

“When Alex, who was diagnosed with childhood cancer just before her first birthday, was four, she told her parents she wanted to set up a front-yard lemonade stand. Her plan: to give the money to doctors to help them find a cure. Her first “Alex’s Lemonade Stand” raised an astonishing $2,000 in one day. While bravely fighting her own cancer, Alex continued to set up lemonade stands every year. As news spread of the remarkable girl so dedicated to helping other sick children, people everywhere were inspired to start their own lemonade stands—donating the proceeds to her cause.

“In 2004 when Alex passed away at the age of eight—her stand and inspiration had raised over $1 million towards finding a cure for the disease that took her life. Alex’s Lemonade Stand Foundation was started by her parents in 2005 to continue the work that Alex began. Our mission is simple: to raise money for and awareness of childhood cancer causes—especially research into new treatments and cures—and to encourage and educate others, especially children, to get involved and make a difference for children with cancer.

“Since Alex set up her first lemonade stand in 2000—truly exemplifying the saying “When life hands you lemons, make lemonade”—we have raised more than $35 million, with more than $12 million of those dollars coming from lemonade stands."

Alex's Lemonade Stand Foundation has received support from the following celebrities listed on this site: 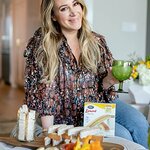 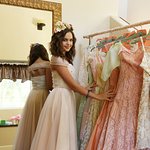 Bailee Madison (known for her roles on Just Go With It, Once Upon a Time, and most recently on ABC Family’s The Fosters) has teamed up with Closets for Causes to raise money for Alex’s Lemonade Stand Foundation, a nonprofit dedicated to finding cures for all kids with cancer. More →