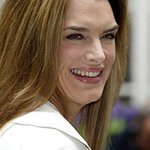 A huge and exciting new global media campaign has kicked off to raise awareness and funds for some of the world’s most disadvantaged children.

The Listen Campaign is the result of seven years work and research, and is being supported by a host of celebrities who want the public to listen to the rights and needs of children affected by poverty, disease, natural disaster, exploitation, war, and AIDS in places such as Africa, America, Asia, and Eastern Europe.

“Listen is an annual global media campaign bringing together some of the finest creative artists in film, music, and the arts to raise awareness and funds for 200 children’s charity projects around the world, and to develop a worldwide community of supporters,” said Tony Hollingsworth, Executive Producer of the campaign.

The campaign’s website was launched in November, and contains short films made by some of the world’s biggest stars, who have spent time visiting and listening to children in need. Brooke Shields, Jessica Lange, Goldie Hawn, Kurt Russell, Natalie Portman, and Ashley Judd have all pledged their support for the campaign and are featured on the site, and Samuel L. Jackson has recorded a film about children in New Orleans.

“I had to come here for this… to listen to remarkable stories,” said Jackson, who was drawn to the project from the outset. “I don’t know how [the children] get through it. These kids shouldn’t be hungry and homeless, going to school hearing gunshots, without good schooling, getting ill from the formaldehyde leaching out of the trailer walls. That these kids are still suffering, two years after Hurricane Katrina, is a national scandal. Their voice should be a call to action.”

The campaign has set a fundraising target of $100 million for its first year, and hopes to raise over $10 billion within 10 years. Magazines, newspapers, internet, and television – in fact, every type of media available – are all going to play their part in attaining the campaign’s goal of making 500 million people a year aware of the plight of desperate children. Broadcasts will be made in over 60 countries, with two television specials set for worldwide release in June. One of these, Listen Live, will be a spectacular concert event in Los Angeles, in which major music stars will collaborate to perform one-off versions of their most famous songs, with musical direction from the Eurythmics’ Dave Stewart and legendary music producer Don Was.

Over seventy of the world’s most respected charities, such as Save the Children, CARE, Christian Aid, the Nelson Mandela Foundation, (RED), and WaterAid have nominated 200 children’s projects for the campaign to benefit. All of the beneficiary projects have been pre-declared, and can be seen on the website so the public knows exactly how their donations are to be used. As a unique addition, all donors will also receive five update reports to show exactly how their money is changing the lives of children.

“Pre-declaring the projects that will be funded and then reporting back on the effect of the donor’s money is a key difference of the Listen Campaign to other major international fundraising campaigns,” said Hollingsworth. “This pre-declaration and impact reporting will build public trust, and the creative artists’ contributions will generate interest leading to a sustained community of supporters.”

To take part in the campaign, to read exclusive short stories by some of the world’s best novelists, and to donate and enter competitions, the public can register their support at www.listencharity.org.

As thousands of Afghan evacuees continue to seek safety in the U.S., Save the Children Trustee and actress Jennifer Garner visited Save the Children’s programs helping support the immediate needs of newly-arrived Afghan children and families at, and just outside of, Dulles International Airport, which serves the Washington, D.C. metro area. More →