Stars To Ante Up For Children's Charity 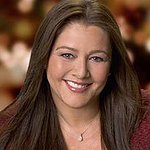 Emmy and Golden Globe-winning actress Camryn Manheim will host a special celebrity charity poker tournament at the Commerce Casino in LA in October.

The tournament will also feature a silent auction, with items such as a guitar signed by the Kings Of Leon up for grabs.