Stars To Be Honored For Charity At Stuntwomen's Awards 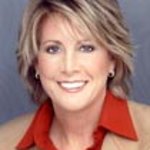 The 2010 Celebrity & Stuntwomen’s Awards Luncheon, hosted by the Diamond in the RAW Foundation, a 501c3 organization, will take place on October 17.

The foundation honors and recognizes exceptional women who have achieved success and outstanding achievements in stunts, athletics and extreme sports.

This year’s 2010 honorees include:

The 2010 Celebrity & Stuntwomen’s Awards Luncheon, hosted by the Diamond in the RAW Foundation, honors and recognizes exceptional women who have achieved success and outstanding achievements in stunts, athletics and extreme sports. In addition to the awards listed above, other awards in various categories, including Stuntwoman of the Year, Jewel, Dynamic Duo, Gem and Mentorship awards will be presented at the awards luncheon, based on nominations and voting by members of the Screen Actors Guild (SAG) stunt community.

This year’s co-chairs for the event is Emmy- and Golden Globe-nominee Lee Meriwether and Oscar winner Vic Armstrong, a second unit director and stunt coordinator.

The awards luncheon benefits the Diamond in the RAW Foundation, a Los Angeles-based 501 c3 non-profit organization, that’s devoted to empowering and transforming the lives of at-risk teenage girls between the ages of 12-18 girls through the entertainment industry — both in front of and behind the camera — such as careers in directing, stunts, make-up, wardrobe, productions assistant etc. The foundation also bestows scholarships annually, to be presented to a deserving youth during the awards luncheon.