Hang Out With Dave Matthews For Charity 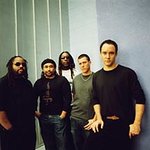 The Dave Matthews Band, Drake, and the artists of Machete Music are auctioning off VIP Experiences to benefit Hollywood for Habitat For Humanity (HFHFH).

HFHFH is an entertainment industry partnership with Habitat for Humanity of Greater Los Angeles (HFH GLA) that launched in 2000 to encourage the entertainment industry to support Habitat for Humanity’s goal of eliminating substandard housing. HFHFH regularly partners with CharityBuzz.com to host and market its celebrity auctions, where all proceeds benefit the families and individuals served by HFH GLA.

The following VIP experience auctions are now live and open for bidding at CharityBuzz.com: