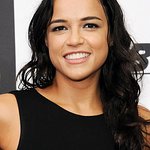 The Sea Shepherd Conservation Society will host a star-studded celebrity red carpet benefit on Saturday, October 23, to defend, conserve and protect the seas.

Captain Paul Watson, President of Sea Shepherd Conservation Society and star of “Whale Wars” on Discovery Networks’ Animal Planet will commence their most daring campaign, Operation No Compromise, as well as introduce their new, fast interceptor vessel that will join their fleet this winter to Antarctica. Last year, they saved the lives of 528 whales; this year’s mission will be the boldest crusade to send the whalers home empty handed.

Featuring Avatar’s Michelle Rodriguez as guest DJ, who’ll be joining the mission to be featured on Season 4 of “Whale Wars”, and set against the spectacular backdrop of an eco-friendly estate in the Hollywood Hills overlooking Los Angeles, this private fully ethical event will allow guests to learn about “Operation No Comprise”, as well as bring awareness and raise funds to benefit their campaign.