Musicians rock CAN roll For the Hungry 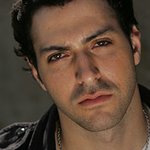 Ryan Star is performing January 18 at Webster Hall in NYC and once again he’s teamed up with rock CAN roll.

rCr volunteers will be onsite accepting food donations in order to bring a healthy and nutritious non-perishable food to people who live with hunger and in poverty.

In the last year alone, rCr has teamed up with Barenaked Ladies, Ian Anderson (of Jethro Tull), comedian Lewis Black, Bret Michaels, Crosby, Stills and Nash, Maroon 5, TRAIN & John Mayer, who together with their fans have helped feed men, women and children in need.

If you would like to know more about how you can help, visit rockCANroll.org.