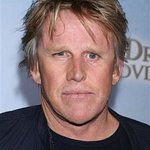 Actor Gary Busey is set to appear on the 11th season of ‘Celebrity Apprentice’ and will donate any winnings from the reality-show to the St. Louis-based charity, The Center for Head Injury Services.

Busey was severely injured in a motorcycle accident in 1988. At the time, he was not wearing a helmet and suffered a fractured skull, a brain injury and a four week coma. After recovery, he returned to his film career and has since worked as an advocate for traumatic injury treatment and prevention, particularly urging the use of motorcycle helmets.

He was looking to donate any money he got from “Celebrity Apprentice” to an organization that works directly with people who have survived brain injuries.

“You are always working to get back to where you once were. I want to be a role model for brain injuries survivors and show them, with hard work, you can get your life back,” said Busey said in a news release.

The Center for Head Injury Services is a non-profit that helps people who have suffered a brain injury or have a cognitive disability return to healthier and more productive lives. The group offers 15 programs and serves nearly 800 people in the region.

The 11th season of “Celebrity Apprentice,” in which celebrities vie for the opportunity to be an apprentice to Donald Trump, is set to premiere at 8 p.m. March 6.

Find out more about the head injury charity here.