Betty White To Be Honored At Celebrity Charity Event This Weekend 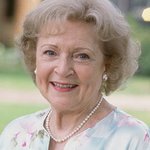 Actors and Others for Animals, a Californian non-profit corporation dedicated to the promotion of the humane treatment of animals, will honor Betty White this weekend at its 40th Anniversary Celebration.

Betty White will receive the inaugural “Betty White Inspirational Award” established in honor of her outstanding work for animals, and the PETCO Foundation will be the recipient of the 2011 Award of Caring.

According to the charity, Actors and Others for Animals was established in 1971 after actor Richard Basehart and his wife, Diana, watched in horror as someone in a car ahead of them threw a dog out of the car window to a grisly death. Their outrage that day prompted them to gather fellow actors and members of the community together to stop such inhumane treatment.

The event takes place at the Universal Hilton in Universal City. More information can be found here.