Heidi Klum To Walk With Celebrity Friends For Charity 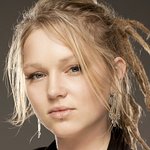 “I’m so happy to be part of the celebration because Children’s Hospital Los Angeles is a very special place,” said Bowersox, who released her new solo album “Farmer’s Daughter” in December. “I’m glad to bring my music to the Street Party celebration for families to enjoy so we can all have a good time.”

Child actor Max Page, age 6, a Children’s Hospital heart patient who starred in the popular Super Bowl commercial as the “Little Darth Vader” for Volkswagen, will join the festivities as well. The VW commercial was viewed by more than 17 million people on YouTube in the days leading up to the Super Bowl.

“We’re so grateful to everyone at Children’s Hospital,” said Max’s mom, Jennifer Page. In appreciation of the hospital, the Page family has donated $10,000 to the Walk for Kids from their family trust.

More than 2,000 hospital staff, patients, families and Angelenos will take part in Walk for Kids, a 5K walk beginning in Griffith Park at 5 p.m. that will raise donations for the hospital. Walkers will travel through the neighborhoods of Los Feliz to the front of the hospital’s entrance at 4650 Sunset Blvd. in Hollywood, where the road will be closed down for a private street party and ceremony to “Turn on the Lights” in the new building.

The new hospital building at Children’s Hospital Los Angeles is a $636 million, 317-bed state-of-the-art facility that will further expand services as well as increase the ability to provide family-centered care to residents throughout the region. Children’s Hospital Los Angeles is one of the nation’s best children’s hospitals serving more than 97,000 patients each year and offering care from some of the world’s most prestigious physicians and surgeons.