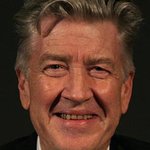 David Lynch has gathered a huge number of artists to contribute to a digital album that will raise money for the David Lynch Foundation.

“The artists who have shared their music are spreading happiness,” says David Lynch. “With their music alone they’re supporting programs that take away suffering and bring bliss to many people.”

The David Lynch Foundation is a non-profit educational organization which was established in July 2005 to ensure that anyone at-risk for traumatic stress can learn Transcendental Meditation. In the past five years, over 150,000 inner-city youth, veterans with post-traumatic stress disorder, homeless adults and children, Native Americans, and inmates and guards in maximum security prisons have learned to meditate. Research on meditating students has found that the technique increases grades and improves test scores, boosts graduation rates while reducing stress, depression, anxiety, dropouts, suspensions, and expulsions.

“I knew David was a good blues singer and a free spirit, so I thought I’d record a blues song, especially for this record,” said Iggy Pop. “This is just the way I play for my own pleasure, around the house. I think it flowed out really well. I mean, I could feel the TM seeping in.”

The album is available now here.