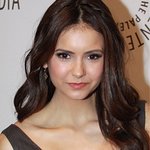 We Day is a charity event being held by Free The Children that will see 36,000 student leaders from 1,500 schools to celebrate social change in Toronto.

We Day is part of an unparalleled educational opportunity called the We Schools in Action program. Throughout the year-long program, young people turn their inspiration into action by committing to take one local and one global action throughout the school year. In the 2010/2011 school year alone, youth volunteered 1.7 million hours in their communities and raised more than $5.4 million to support local and global organizations.

We Day events are completely free of charge to students and educators, thanks to the support of generous sponsors who believe in the power of youth to change the world.

Nina will team up with international musician Joe Jonas to lead the electric crowd of 18,000 student leaders through a day of inspiring speeches and performances from an epic line-up of Nobel Peace Laureates, world-renowned social activists, Golden Globe, Grammy and JUNO Award winners. In addition to hosting the show Joe Jonas will also perform his hit single See No More from his highly anticipated debut album.

An ambassador for Free The Children, Nina spoke at the inaugural We Day in 2007 and has travelled with the organization to the Maasai Mara region of Kenya to volunteer in communities where Free The Children carries out development work.

Also officially announced today, MuchMusic’s Jesse Giddings and television personality Jessi Cruickshank will host We Day in Vancouver taking place at the Rogers Arena on October 13, which will be led by former Soviet President Mikhail Gorbachev, NBA All-Star Shaquille O'Neal and other prominent entertainers and speakers.

Toronto and Vancouver We Days are being taped for a special to air on MuchMusic, Sunday, Oct. 30 at 7 p.m. and 10 p.m. ET. Both events will also be streamed live online at www.muchmusic.com/weday allowing people from all over the world to tune in and take part in the day.

We Day - Celebration with Joe Jonas and Demi Lovato