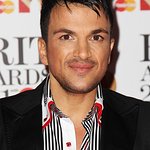 The Collars and Coats Gala Ball will benefit the Battersea Dogs and Cats Home, and will be held in Battersea Evolution, in the presence of the Home’s President, HRH Prince Michael of Kent GCVO.

Situated in the picturesque surroundings of Battersea Park, a very special place for the dogs in their care, and a stone’s throw away from Battersea Dogs & Cats Home, Battersea Evolution is the perfect setting for the Home to celebrate its successes and to share its hopes and challenges for the future.

Entertainment for the evening will be provided by Status Quo and Lulu, with Prunella Scales, Martine McCutcheon and Kate Walsh expected to attend.

Last year’s event – hosted by Amanda Holden – featured an exclusive performance by The Phantom of the Opera, chart topping artist Alexandra Burke and an All Star Band including Queen's Brian May and Roger Taylor, The Who's Roger Daltrey and Meatloaf’s female lead Patti Russo.

This year’s red carpet will once again be flanked by Battersea’s legendary Guard of Honour of Battersea dogs.