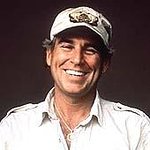 Mark Twain might best be remembered for his writings about life on the Mississippi River, featuring his most famous character Huck Finn. When Twain died over 100 years ago, he probably never would have imagined some of the world’s most renowned actors, musicians, authors and entertainers would come together to celebrate his life.

Dr. Cindy Lovell, Executive Director of the Mark Twain Boyhood Home & Museum, originally conceived the idea. Her childhood friend, Carl Jackson, is a Grammy-winning producer, singer, and songwriter. After hearing his 2003 Grammy-winning star-studded project honoring country music legends the Louvin Brothers, she approached him about producing a similar project honoring the 100-year passing of Twain and benefiting the home and museum. Once Carl said yes, she got backstage at a Jimmy Buffett concert where she approached him about participating in the project. Buffett has made a career of writing and singing about life on the water and is a huge Twain fan. He not only agreed to participate, but also made the decision to release the final project on his own label, Mailboat Records. He even came on board as the voice of Huck Finn, Twain’s most beloved character. The final project resulted in Mark Twain: Words & Music, a double-CD with a 40-page booklet of liner notes. It was written and produced to benefit the Mark Twain Boyhood Home & Museum and tells Twain’s life from comet to comet in spoken word and song. The CD includes a mixture of narration, Twain’s dialogue, and Huck’s voice along with a combination of old music and new songs written specifically for this project.

The mission of the Mark Twain Home Foundation is to promote awareness and appreciation of the life and works of Mark Twain and to demonstrate the relevance of his stories and ideas to citizens of the world.

In a challenging music industry, this project has racked up impressive results. Released on September 21, 2011, it only took two weeks to reach Amazon.com’s Best Sellers Rank of #28 in Music, #26 in Pop, #7 in Country, #1 in Poetry, Spoken Word & Interviews, and #1 in Bluegrass. Customers have given it a 5-Star Rating. Sheryl Crow, who performs “Beautiful Dreamer” on the CD, has recently been listed for a possible Grammy in the Pop Music Category. The CD set, or songs from it, has made the Grammy eligibility list in several categories. CBS will broadcast the annual official nominations concert special on November 30, 2011 from Los Angeles. The Grammys are set for Feb. 12, 2012. The 2011 Grammy Award show had 26.6 million viewers. By sheer coincidence, November 30th is Mark Twain’s birthday. Lovell envisions the CD project as something that can help raise money for the non-profit museum for years to come while inviting a new audience to Twain’s work.