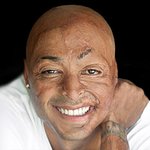 CNN, the worldwide leader in news, has announced that Dancing with the Stars finalist, and longtime friend to CNN Heroes, J.R. Martinez, has been tapped to co-host the live pre-show from the red carpet for CNN Heroes: An All-Star Tribute, which will be broadcast LIVE on CNN Sunday, December 11, 2011 from the Shrine Auditorium in Los Angeles, CA.

The network also announced that the Top 10 CNN Heroes will each have their story told by celebrities, including The Black Eyed Peas' will.i.am, global maternal health advocate and founder of Every Mother Counts, Christy Turlington Burns, and NFL Super Bowl champ and MVP quarterback Kurt Warner.

On Thanksgiving night, CNN will broadcast CNN Heroes: Where Are They Now? hosted by Anderson Cooper, an hour-long special program looking back at CNN Heroes from the past five years, November 24 at 8:00 pm ET. CNN Heroes: Where Are They Now? will air globally on CNN, CNN en Espanol and CNN International. The Thanksgiving special will feature celebrities who’ve been inspired by CNN Heroes such as J.R. Martinez, The Office’s Rainn Wilson, comedian George Lopez, and more. The program will showcase impressive updates on the progress of several CNN Heroes that have been honored in the past and showcase this year’s top 10 CNN Heroes. Since its inception in 2007, CNN’s heroes have received more than $6 million for their causes, enabling them to help hundreds of thousands of people in 77 countries around the world. Additionally, CNN and GetGlue have teamed up to offer limited-edition CNN Heroes: Where Are They Now? stickers. GetGlue users can ‘check-in’ to the broadcast to unlock exclusive stickers that can be shared on social platforms like Facebook and Twitter.

Fans are encouraged to vote up to 10 times a day, every day, for this year’s “CNN Hero of the Year”. Voting continues through Wednesday, December 7, 2011, at midnight PT, and the “CNN Hero of the Year” will be announced live at this year’s CNN Heroes: An All-Star Tribute show. Fans can also make a direct charitable donation to their favorite Top 10 CNN Heroes’ nonprofit using Google Wallet, through December 31, 2011. Google is waiving all transaction fees enabling 100 percent of the donations to go directly to the heroes’ non-profit organizations. Visit CNNHeroes.com online or on your mobile device to learn more about the 2011 honorees, cast your vote and to donate.