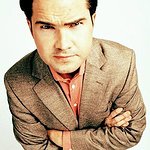 This year, over one million men, women and children are expected to pull up their socks and take part in the Sainsbury’s Sport Relief Mile in order to raise some serious cash for vulnerable people across the UK and the world’s poorest countries. The Sport Relief Weekend is taking place from Friday 23rd to Sunday 25th March and it’ll be three whole days of energy, entertainment and events to help the nation go the extra mile.

Celebrating the UK’s biggest year of sport, a whole host of famous faces from the world of sport and entertainment will be taking part in Sainsbury’s Sport Relief Mile events across the length and breadth of the country on Sunday 25th March including Olly Murs, Lorraine Kelly, Kara Tointon and James Cracknell among many others. The public can go the extra mile too by choosing to take on either 1, 3, or 6 miles and entering online at sportrelief.com/mile.

The JLS boys have also written and recorded the official Sport Relief single, Proud. It’s set to be another hit from the lads who have already notched up five UK number one singles, two MOBOAwards, two BRIT Awards and sold over 5 million records in the UK. The single will be available to download on 18th March and in stores from 19th March. JLS will also be performing a special one-off matinee concert for Sport Relief at The O2 on Saturday 24th March. The boys will be joined by special guests and it looks set to be huge. Tickets go on sale at 09.30 on Saturday 20th January and can be purchased at www.gigsandtours.com and www.ticketmaster.co.uk.

The Sport Relief Sock is back and to coincide with the nation’s biggest year of sport, the Socks feature a special Union Jack inspired design. Made from Fairtrade cotton, they’re perfect for lounging or training in. Grab a pair from Sainsbury’s and Fitness First from 15th February and www.sportrelief.com from 19th January.

The nation can also get its hands on the official Sport Relief 2012 T-shirts, available from SportsDirect.com stores and online. For the first time ever, the Sport Relief T-shirt can be personalised by adding letters and numbers to give them their own unique twist! The T-shirts are made from Fairtrade cotton and available from 19th January.

This year’s Sport Relief splashed into action early with Sport Relief superstar, David Walliams, going to extraordinary lengths for The BT Sport Relief Challenge: Walliams vs The Thames. He swam a staggering 140 miles along the Thames, raised over £1 million and even rescued a dog! A documentary catching every splash will be shown in the lead up to the Sport Relief Weekend. David’s was the first in a series of celebrity challenges supported by BT. More challenges will be announced during the campaign.

Also taking on her toughest challenge yet is Helen Skelton in Helen’s Polar Challenge for Sport Relief which sees the daring Blue Peter presenter travelling 500 miles across the frozen wasteland of Antarctica in a bid to reach the South Pole. All the action from Helen’s Polar Challenge for Sport Relief will be shown in a special nine-week series on Blue Peter, from January to March.

February will see the return of the ever popular Let’s Dance for Sport Relief hosted by Steve Jones and Alex Jones on BBC One. The show will feature a fresh batch of celebrities shimmying their way onto our screens every Saturday in the run up to the big Sport Relief Weekend on 23rd – 25th March.

Tune in for a fantastic night of BBC TV entertainment on Friday 23rd March on BBC One from 7pm. Claudia Winkleman, Fearne Cotton and Gary Lineker will join other top presenters to host a night of comedy sketches including award winning comedian Miranda Hart's special Sport Relief ‘Miranda’ and the return of Outnumbered. There will also be special Sport Relief episodes of Never Mind the Buzzcocks, 8 out of 10 cats, Mock the Week and A Question of Sport. There will also be celebrity challenge highlights including David Walliams and Helen Skelton and films about the amazing work Sport Relief supports shown on the night.

On Sunday 25th March BBC One will host the Sport Relief Mile Show which for the first time will be live in London from the Mall. From Birmingham to Belfast and Leeds to London, it will bring all the highlights as the great British public are joined by a magnitude of famous faces as they tackle 1, 3 and 6 Miles all across the UK.

Money raised from Sport Relief will be spent helping some of the most vulnerable people in the UK and across the world’s poorest countries.