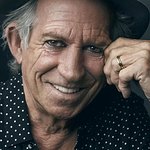 The two events will both take place on March 14, 2012, at the Hotel San Jose in Austin, TX. The mission of the Gram Parsons Foundation is to support musicians and artists worldwide with addiction and recovery services. Motivated by the desire to assist the musical and artistic community, the Gram Parsons Foundation will providing solutions to drug and alcohol addiction, and focus on imparting a message of prevention and awareness to school aged children, the musicians and artists of tomorrow.

The first event is the official launch event, taking place at the Hotel San Jose parking lot from 12 noon to 8 pm. Numerous artists will be performing in celebration, including Blitzen Trapper, Brendan Benson (w/Eric Burdon), Cory Chisel & The Wandering Sons, Great Lake Swimmers, Alberta Cross, Poor Moon (Christian and Casey from Fleet Foxes), Jenny O., Shurman, Henry Wagons and Amy Cook, with the possibility of the addition of even more artists. The event will be streamed live through VenueOne (www.venueone.com) which is a fusion of entertainment and socializing functionality that enable viewers to connect, engage and watch gigs together online.

The second event is the official VIP Fundraiser, which will take place the evening of March 14 from 9 pm to Midnight at the Hotel San Jose Courtyard. This event will be a ticketed, private, VIP fundraiser with a live auction, food and cocktails. Polly Parsons, Gram’s daughter, will speak about the Foundation and there will be a step and repeat available for photos. There will also be evening entertainment in the form of a musical performance by an artist to be announced.

GPF was first formed in 2004 to facilitate the transmittal of funds raised from the Return of the Grievous Angel: A Tribute to Gram Parsons shows in LA and Santa Barbara, to the Musicians Assistance Program (MAP) and SIMS Foundation. These concerts raised a substantial amount of funds with the support of the stellar musical talent, which included Keith Richards, Norah Jones, Dwight Yoakam, Lucinda Williams, John Doe, Jim James and more. After lying dormant, it was apparent after numerous passionate email’s from Gram Parsons’ fans, it was time to re-launch and begin giving back to the creative community.

The Gram Parsons Foundation continues to build on this exciting launch and there will be more announcements as they build for their March 14 event. You can donate to the foundation via their website and also request your own donate button for your online presence and to join their efforts.