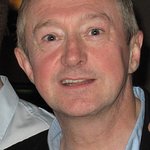 X Factor judge and music manager Louis Walsh is the latest celebrity to speak out against testing cosmetics on animals as part of Humane Society International's star-studded CrueltyFree2013 campaign.

Louis joins stars such as Leona Lewis, Sir Roger Moore, Ke$ha, Ricky Gervais, Melanie C, Dame Judi Dench and Mary McCartney in signing HSI’s petition to ban the sale of animal-tested cosmetics in Europe. More than 142,000 consumers have also signed the petition. With a ban in place, any cosmetics tested on animals after 2013 would be banned from EU shop shelves.

“Animal testing is the ugly face of the beauty industry and I want it to stop, now!” said Louis. “Animals deserve our respect and compassion, and as they can’t speak up for themselves I’m speaking up for them by signing Humane Society International’s CrueltyFree2013 petition for an end to animal-tested cosmetics. Let’s take the cruelty out of beauty.”

Animal testing for cosmetics is banned across the UK and European Union, but ingredients can still be tested on animals in other countries such as Brazil, China, Canada and the United States and then sold in EU shops. Animals can have chemicals forced down their throat, dripped in their eyes and applied to their skin. Sometimes pregnant females and their unborn babies are exposed to cosmetic chemicals.

A ban on selling these animal-tested cosmetics is due to come into force in March 2013 and would act as a major financial incentive for companies to kick their animal testing habit. However, the European Commission is now considering a proposal that would give cosmetic companies a loophole to continue profiting from animal suffering.

“It is shameful that in laboratories around the world animals are still suffering to produce new lipsticks and face creams sold in Europe’s shops,” said Troy Seidle, director of research & toxicology for HSI/Europe. “So we’re delighted that Louis Walsh has joined Humane Society International in calling for an end to the cruelty. Caring consumers have waited long enough, they want shop shelves to be cruelty-free by 2013 so it’s time for EU policy-makers to honor their pledge.”

To join Louis and sign the CrueltyFree2013 petition, go to www.hsi.org/crueltyfree2013.

The First Group of Women Graduates from the Guerlain X UNESCO "Women for Bees" Program Joined by Angelina Jolie Jul 29, 2021

The women in the first cohort of the “Women for Bees” entrepreneurial beekeeping programme began their training at the OFA (French Observatory of Apidology) in the Sainte-Baume hills of Provence on June 21. More →
More news →