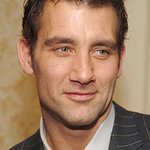 The 2012 Veuve Clicquot Polo Classic is proud to benefit Work To Ride, a non-profit equestrian program providing disadvantaged urban youth with activities centered around horsemanship, equine sports and education. As the Veuve Clicquot Polo Classic strives to promote the sport of polo, Work To Ride utilizes the special connection between youth and horses to teach strength, support and teamwork. Contact with animals, nature and the sport of polo instills discipline, responsibility and life skills to the program’s adolescents while also developing confidence and self-esteem. One of Work To Ride’s star players, Kareem Rosser, scored a clutch goal, and assisted Most Valuable Player Nacho Figueras in his seven goals. After four fast-paced chukkers, team Black Watch beat team Nespresso nine to seven.

Highlights of the event included Rachel Zoe throwing out the ceremonial ball to start the game, a performance by New Orleans-style jazz vocalist Ingrid Lucia, the national anthem sung by Broadway star and Sex in the City alum Sean Palmer, moving remarks from Kareem Rosser, one of the Work To Ride’s best polo players, the traditional divot stomp where Leslie Bibb, Coco Rocha and Padma Lakshmi got on the field and strutted their stuff. The VIP tent boasted an “urban garden” theme, which was inspired by the lush setting of Liberty State Park. The ambience included touches such as living dynamic walls with plants and florals, a dramatic grass table, a bird “mansion” filled with Clicquot yellow canaries, a driftwood chandelier, a dramatic plant dome, a staghead plant wall treatment and much more.

One of summer’s most unique and highly-anticipated social events, the 2012 Veuve Clicquot Polo Classic showcased polo in the New York City area, a tradition that Veuve Clicquot brought back to Governors Island in 2008, the first time polo was played there in more than 70 years. The current construction taking place on the Governors’ Island playing field required Veuve Clicquot to find a new location—the brand was committed to finding a space accessible to city dwellers to host the event, which has become a staple of the summer season. After carefully surveying 27 locations in the Greater New York area, including parks, beaches, fields and islands, Veuve Clicquot was pleased to call Liberty State Park its new home and a donation was made to Friends of Liberty State Park in appreciation for the park welcoming the Veuve Clicquot Polo Classic.